Crows can voluntarily control when they call and what they respond to • Earth.com 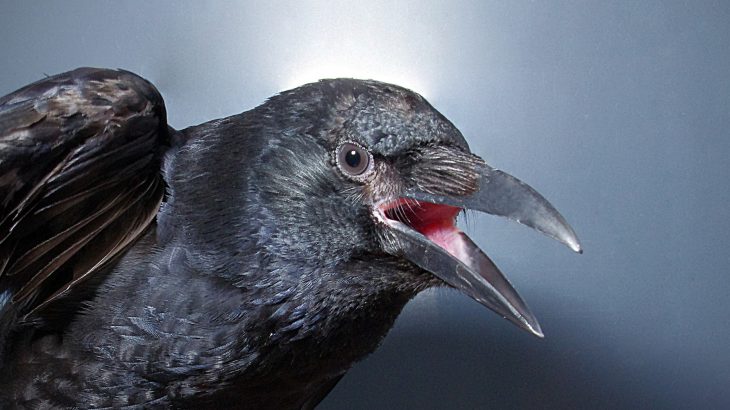 A new study has revealed that crows have control over the onset and release of their vocalizations.

Researchers from the University of Tübingen in Germany conducted the study and found that trained carrion crows may have cognitive control over when they call and what they choose to respond to.

Songbird vocalizations are incredibly elaborate and can serve as a warning to other birds nearby or help attract mates. Whether these calls are controlled or an automatic knee-jerk response has not been well understood.

For this study, published in the journal PLOS Biology, the researchers tested the theory that songbirds can control their calls.

Crows are known for their distinct and extremely loud and hoarse cawing vocalizations. You can find American crows all over the US and Canada. Carrion crows, on the other hand, are found throughout Europe and Asia.

The researchers trained carrion crows to call on cue in different detection trials. For one task, three male crows learned to call in response to a visual cue but didn’t make any vocalizations when presented with a different cue.

The crows were rewarded for calling on cue but were also able to withhold a call, showing that the crows weren’t just anticipating a reward.

“Our study shows that crows can be taught to control their vocalizations, just like primates can, and that their vocalizations are not just a reflexive response, the researchers said. “This finding not only demonstrates once again the cognitive sophistication of the birds of the crow family. It also advances our understanding of the evolution of vocal control.”

More research is needed to understand how songbirds cognitively control their calls and what neurobiological mechanisms make this control possible.