Cruise ships can be wildly harmful to the surrounding environment • Earth.com 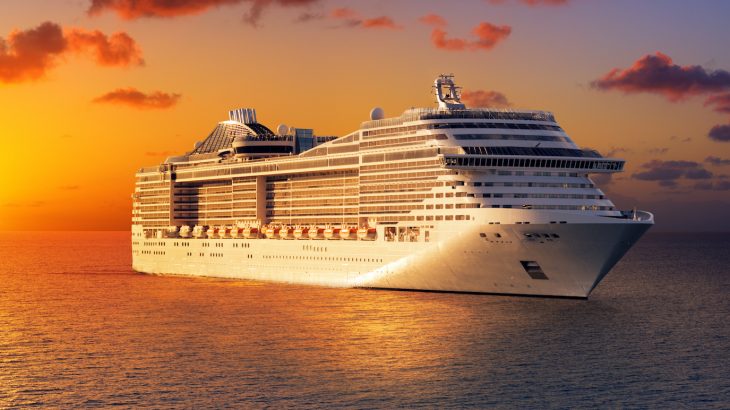 Cruise ships can be wildly harmful to the surrounding environment

Cruise ships have revolutionized the way people travel since they first rose in popularity in the 1990s. Travelers can eat, drink, shop, swim and enjoy entertainment while voyaging the seas, free from the stress of planning out every step of a vacation. But with the convenience of cruise ships comes a steep environmental cost.

Cruise ships are a popular vacation attraction for the laid-back traveler. According to the Florida-Caribbean Cruise Association, 24.2 million travelers went on a cruise in 2016 alone.

Along with carrying passengers, cruise ships carry waste and pollution as well. The U.S. Environmental Protection Agency even describes cruise ships as “floating cities” because the ships transport people, resources, entertainment and services. All this baggage can cause a huge impact.

A 3,000 passenger cruise ship is estimated to generate 210,000 gallons of sewage, one million gallons of graywater (water from laundry, sinks and showers), 130 gallons of hazardous wastes, 8 tons of solid waste and 25,000 gallons of oily bilge water every week.

These pollutants cause high levels of pesticides, chemicals and nutrients to enter the air and waterways. Untreated graywater, for example, contains excessive levels of nitrogen and phosphorus. The artificial influx of nutrients into fragile ocean ecosystems results in the diebacks of corals and other sea vegetation.

As nature serves as a popular backdrop for travelers, pristine habitats may be exploited and commercialized to accommodate the new visitors. Construction can occur on previously undisturbed areas to make tourist excursions which can cause increased pollution and disrupt local wildlife.

Cruise ships can also damage pristine beach habitats that tourists shell out thousands of dollars to visit. Cruise ship anchors sometimes destroy coral reefs when the ship is landing. In March 2017, a cruise ship rammed into one of Indonesia’s most preserved coral reefs destroying nearly 140,000 square feet of reef total.

The cruise ship industry is estimated to be the fastest growing segment in the travel industry. A simple search on a travel website can present you with options to cruise all over the world. The international, multi-jurisdictional nature of cruise ship has resulted in international laws to address cruise ship pollution. One of the major international agreements governing cruise ships is the International Convention for the Prevention of Pollution from Ships (MARPOL), established in 1973.

Although MARPOL sets guidelines for member nations to follow, enforcement can be difficult as cruise ships sail through different jurisdictions. As a 2008 Congressional report states about incidents outside of the U.S., “these procedures require substantial coordination between the Coast Guard, the State Department, and other flag states and that, even when referrals have been made, the response rate from flag states has been poor.”

The tides are slowly changing for the cruising industry. Ships are now being held to higher environmental standards and are investing in technology such as solar panels and advanced wastewater treatment systems to lessen their ecological footprint. Cruise ships should also embrace the new wave of ecotourism in the travel sector by adjusting their excursions to focus on appreciating and preserving nature instead of exploiting it.

For the traveler who still wants to sip their Bahama Mama while sailing on a Caribbean cruise, Friends of the Earth has made a cruise ship report card which grades environmental standards cruise lines have put in place. Measures such as this both hold the cruising industry accountable and allow travelers to stay informed. Afterall, vacations should allow travelers to kick back and relax without worrying about the damage they are causing to the beautiful sites they visit.