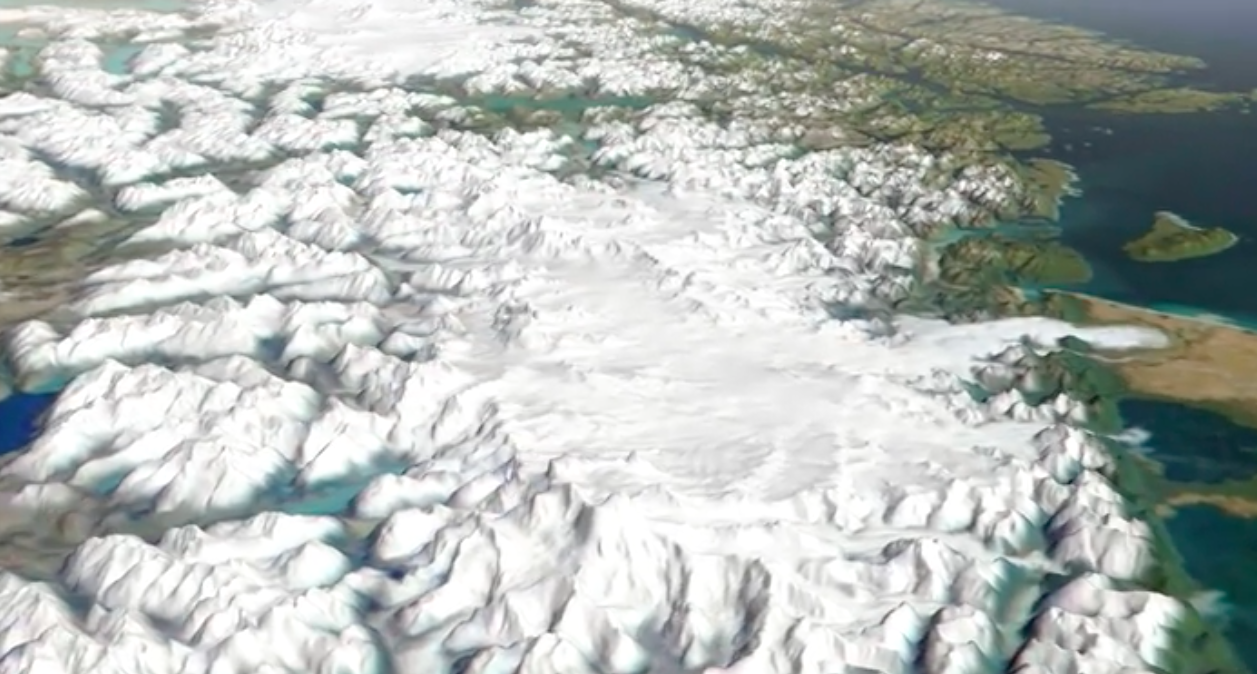 A research satellite launched by the European Space Agency (ESA) in 2010 is giving scientists invaluable insight into the shifting ice sheets of Greenland and Antarctica. The organization is reporting that CryoSat is exceeding expectations by showing how mountain glaciers are responding to climate change in Patagonia as well.

Although satellite radar data has been used to monitor ice loss for around 25 years, technology has not been capable of tracking the status of ice on smaller mountain glaciers. Patagonia has many of the world’s largest glaciers, and some of them are retreating at the fastest rate on the planet.

“This is because the weather is relatively warm and these glaciers typically terminate in fjords and lakes, exacerbating surface melting and causing them to flow faster and lose ice as icebergs at their margins,” ESA explained in a report.

A novel method of analyzing data from CryoSat is making it possible to get a closer look at the rapidly retreating ice cover in Patagonia. Luca Foresta is the co-author of a study led by the University of Edinburgh that describes what this new technique has revealed.

“We’ve used CryoSat to discover that between 2011 and 2017 there was widespread thinning, particularly in the northern part of the ice fields,” said Foresta.

“For example, the Jorge Montt glacier, which flows down to the ocean, retreated 2.5 km and lost about 2.2 Gt of ice a year, and the Upsala glacier, which terminates at a lake, lost 2.68 Gt a year.”

“In contrast, however, Pio XI, the largest glacier in South America, advanced and gained mass at a rate of about 0.67 Gt a year.”

According to the study authors, the Patagonian ice fields contributed an estimated 15.4 percent to the total mass loss from glaciers and ice caps in the first decade of this century.

This contribution is only growing, as the researchers established that the Patagonian region lost 24 percent more ice between 2011 and 2017 compared to the amount of ice lost between 2000 and 2014.

The study co-authored by Luca Foresta is published in the journal in Remote Sensing of Environment.