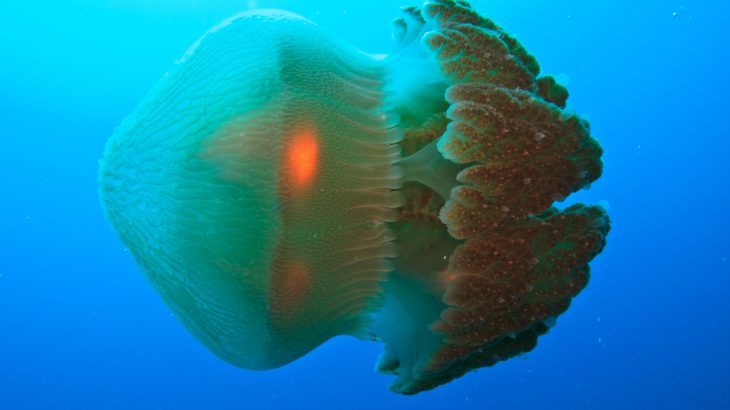 Scientists find a cure for the deadly box jellyfish sting

In a breakthrough study using CRISPR genome editing technology, researchers at the University of Sydney have identified an antidote to the deadly sting of the Australian box jellyfish, which is one of the most venomous creatures in the world.

One Australian box jellyfish carries enough venom to kill more than 60 humans. This deadly creature has about 60 tentacles, and each contains millions of microscopic hooks filled with venom.

A single sting by an Australian box jellyfish will cause necrosis of the skin and extreme pain. If a large enough dose of venom is delivered, the sting can cause cardiac arrest and death within minutes.

A team of pain researchers was studying how the box jellyfish venom works when they uncovered a treatment that can block the symptoms of a box jellyfish sting if administered to the skin within 15 minutes of contact. The researchers now hope to develop a topical application for humans.

“We were looking at how the venom works, to try to better understand how it causes pain,” said study senior author Professor Greg Neely. “Using new CRISPR genome editing techniques we could quickly identify how this venom kills human cells.”

“Luckily, there was already a drug that could act on the pathway the venom uses to kill cells, and when we tried this drug as a venom antidote on mice, we found it could block the tissue scarring and pain related to jellyfish stings. It is super exciting.”

The experts used CRISPR whole genome editing to investigate how the venom works. They looked for human cells that could survive the venom, and identified human factors that are required for the venom to cause its deadly reaction.

“The jellyfish venom pathway we identified in this study requires cholesterol, and since there are lots of drugs available that target cholesterol, we could try to block this pathway to see how this impacted venom activity,” explained study lead author Dr. Raymond Lau. “We took one of those drugs, which we know is safe for human use, and we used it against the venom, and it worked. It’s a molecular antidote.”

“It’s the first molecular dissection of how this type of venom works, and possible how any venom works,” said Dr. Lau. “I haven’t seen a study like this for any other venom.”

“We know the drug will stop the necrosis, skin scarring and the pain completely when applied to the skin,” said Professor Neely. “We don’t know yet if it will stop a heart attack. That will need more research and we are applying for funding to continue this work.”