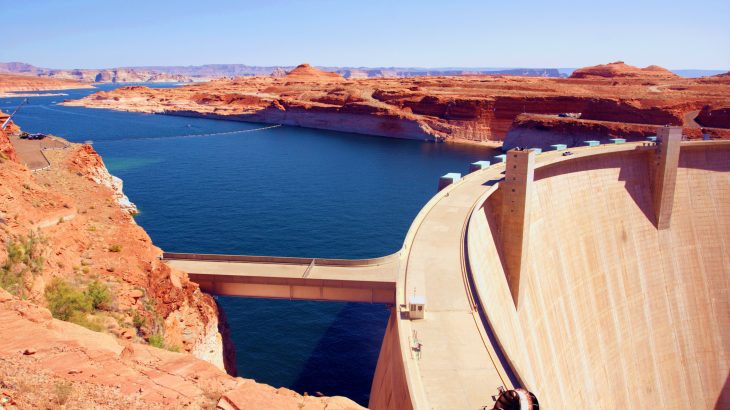 Last descents: Dams flood some of nature’s most special places

John Wesley Powell explored the Colorado River and Grand Canyon in one of the most stunning feats of European-American exploration in the US.

In 1869, the Grand Canyon was terra incognito, especially to non-native Americans.  It was in this year that John Wesley Powell and nine men descended the canyon in four wooden boats.  The expedition descended 900 miles of the river, most of which was completely unknown to the expedition.  There was no one of telling whether there were waterfalls in narrow canyons or un-shootable rapids down river.  When Powell’s expedition put into the Colorado River, it was wholly wild.

Despite the beautiful descriptions found in Powell’s writing, and despite the mythic names he placed on the land like ‘Bright Angel Creek’, or ‘Vulcan’s Throne’ and calling the Grand Canyon ‘library of the Gods’; John Wesley Powell came in the name of the federal government.  Powell’s famous expedition inevitably made development of the west possible, even if his specific recommendations have been largely ignored. In a way Powell’s exploration of the Grand Canyon ended an age of innocence in river descents. For those who follow Powell down rivers, there now always looms the possibility of a once wild river dammed into a Hell of tourists in house boats.

From 1956 to 1966, nearly 100 years after Powell’s audacious descent, the Glen Canyon Dam was built across the Colorado River.  Before Glen Canyon was flooded, the Colorado was already dammed. The Hoover Dam ushered in a new type of poverty under the guise of hydroelectric wealth to the American west.  Completed in 1936, the Hoover Dam killed 100 workers and flooded the Black Canyon of the Colorado (not to be confused with the Black Canyon of the Gunnison). It’s usually the Glen Canyon Dam, not the Hoover, that is remembered with pain by those clinging to visions of wild rivers and empty canyons.  Ever forgotten, the first dam on the Colorado River was Laguna Dam, built between 1903 and 1905 right after the Reclamation Act passed Congress in 1902.

Dams have long been a sore spot for environmentalists.  Sometimes dams flood special places like Glen Canyon. Sometimes unique features disappear like the dinosaur footprints that march unknowingly into and beneath the waves of Lake Powell.  Dams displace people at times and can destroy plant life, archaeology, landscapes. Sometimes dams block important fish (or other animal) migrations.

Usually the damming of a river has a feel of finality about it.  A river dammed means an end of canyon exploration, of river running and a beginning of motor boats and paved campsites.  In the long run though, nothing is forever and Ed Abbey captured a bit of humor and long term optimism in a speech he gave at the Glen Canyon Dam on the Spring Equinox of 1981:

“The good news I bring will certainly come to pass. The collapse of Glen Canyon Dam is as inevitable as the rising of the moon, or the revival of spring, or the flow of the river home to the sea. Let the engineers build fifty more dams between here and the Rockies, they can only retard, they cannot stop, the irresistible processes of erosion and renewal. The mountains and plateaus will continue to be uplifted, the rains and snows will fall, the waters will plunge downward back to their source, again and again and again.”

On human time scales though, probably most of us won’t be able to raft down an undammed Colorado River or explore the hidden secrets of Glen Canyon on foot.  On the scale of our lives, the Colorado River is dammed and the river one day shaking off its concrete shackles seems a distant fantasy.

Besides the collapse of dams from natural processes, there is a beacon of hope.  Dam projects have slowed throughout the western US. American Rivers goes so far as to proclaim:

“In the midst of all the challenges 2017 saw for rivers and clean water, it was a record year for removing outdated, unsafe dams!”

86 dams were torn down in 2017, beating the previous record of 78 dams being removed in 2014.  Dams were removed in 21 states, including the western states: Alaska, California, Oregon, Washington and Nevada.  Dams are expensive to maintain, dangerous as they age and are quickly becoming outdated as a source of energy. These are some of the reasons dams are starting to be removed in much of the US.

Although dams are being decommissioned in some areas, many more are continuing to build them.  A study from PBL, Netherlands Environmental Assessment Agency, showed that globally there are plans for 3,700 new dams.  According to the study, if only economic ends were pursued and the dam potential of the world was fully exploited, 8 million people would potentially be displaced.  The study also states that there are currently 8600 large dams worldwide.

According to a New York Times article, in 2015, China had 26,000 major dams, more than the rest of the world combined.  Major dams have now been built in Tibet to benefit Chinese cities with more electricity.

Ed Abbey once floated through Glen Canyon on the Colorado River with his friend, Ralph Newcomb before the infamous dam was built.  In a way floating any major river in the world is a quixotic act of defiance against industrial development.

Today there are rafting guiding organizations that specialize in guiding raft trips to river destined to be dammed in an attempt to raise awareness for the beauty and peril of wild rivers.  Last Descents is one such organization, working in China, the world’s most dam hungry country.  Last Descents seems hopeful, despite China continuing to develop hydroelectric plans, in the ‘About’ section of there website, they state the idea behind their project:

“We believe that the wild rivers of western China have an important role in the future of the rapidly developing nation. By bringing urban Chinese to these areas we hope to facilitate a positive exchange between the rivers and our guests.  The river is a place to slow down, to be with family, it is a place for children and adults to grow, learn, and reconnect with themselves. We engage our guests in discussing how these rivers can be protected for generations to come.”

Sierra Rios is another such organization, with a much broader geographic focus.  The list of places Sierra Rios now offers trips to is only in Peru and Mexico, members of the organization have created a guidebook to white water of Mexico.  A short documentary about the organization and a descent of Peru’s Rio Marañón was also made.

There’s no doubt that damming of the Rio Marañón, primary source of the legendary Amazon River (as planned) would be tragic.  There seems little evidence that no matter how well intentioned, organizations bringing people to raft rivers have any real political power.  A descent down a river may change your life; rivers probably profoundly influenced lives of Ed Abbey and John Wesley Powell. But Abbey and not even Powell could stop rivers from being tamed.  Dams have been built. Is a last trip down a river slated for damming political activism or is it simply a sad goodbye? In the end, Abbey’s right; we may not be able to stop dams from being built but in the end, engineers can’t make them stand forever either.