De-extinction may become a reality for passenger pigeons • Earth.com 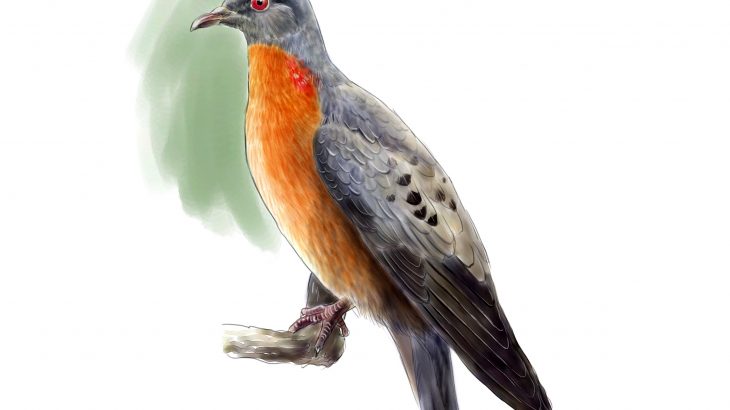 De-extinction may become a reality for passenger pigeons

A group of thirteen pigeons currently living in a research facility in Australia are making history as the first ever pigeons to contain the Cas9 gene in their reproductive systems.

Ben Novak, a scientist committed to “de-extinction” and bringing back the passenger pigeon, has high hopes for the offspring of the pigeons.

Because the birds contain the Cas9 genes, their squabs (fledgling pigeons) will have the Cas9 gene in every single cell and researchers will be able to edit their DNA using CRISPR, a revolutionary gene-editing tool.

If successful, the pigeons will be the first live animals ever edited with extinct DNA.

The ultimate goal is to edit the DNA of the pigeons and incorporate crucial traits of the long-since exciting passenger pigeon to create wholly new hybrids that look and act like passenger pigeons.

Sequencing the genome of an extinct species presents many challenges for researchers because the fossil fragments left behind and on display in museums or labs contain only a partial picture.

According to the Wall Street Journal, after an animal dies, it’s DNA begins to degrade and so extinct animals have only fragments of a complete genome.

From this, researchers need to get creative to fill in the blanks and so the obvious solution is to look to the closest living relative of the extinct species in question.

Beth Shapiro, a professor of ecology and evolutionary biology at the University of California, Santa Cruz, led a project that compared the sequenced genome of the band-tailed pigeon and extinct passenger pigeons.

This allowed the research team to identify the genes that set the two species apart. The newly sequenced fragments of the passenger pigeon also revealed new insight into why the birds went extinct.

Shapiro’s research shows that the birds were genetically geared to thrive in large flocks and it was their sharp dip in numbers that made them more vulnerable and less able to cope.

“Passenger pigeons were fantastically well adapted to living in their large population sizes,” Shapiro told the Daily Mail. “It was the very sudden shift to a small population size that was problematic.”

The researchers also found that the birds were not as genetically diverse as other abundant species.

Building on Shapiro’s research, Novak hopes to breed his new Cas9 pigeons until he has 22 living pairs of feelings that will eventually be bred as well. Once the birds are introduced to passenger pigeon DNA, Novak’s team will edit band-tailed pigeons with as many traits from the passenger pigeon as possible.