How the passenger pigeon went extinct so quickly • Earth.com 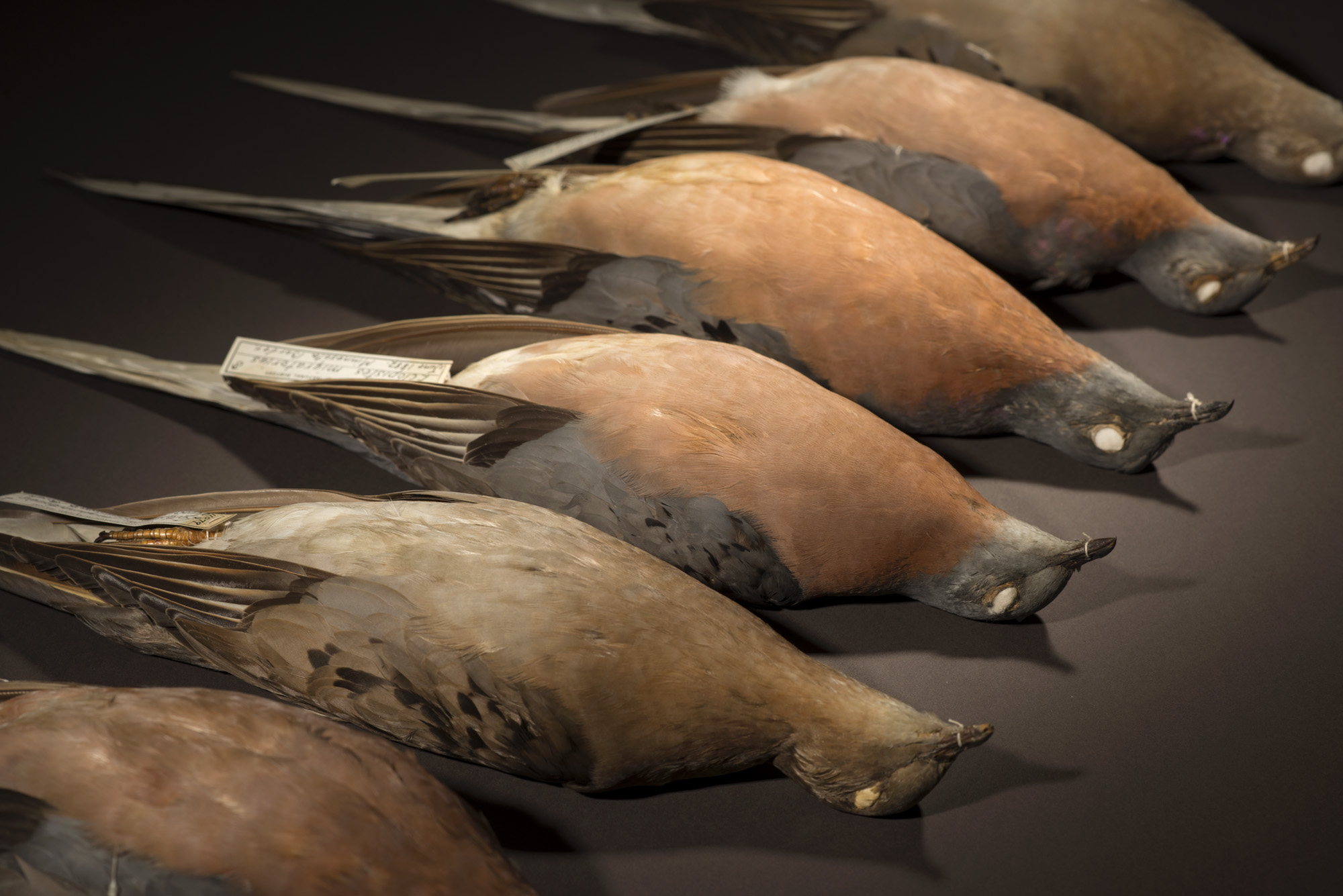 How the passenger pigeon went extinct so quickly

At one point in North America, the population of passenger pigeons was estimated to be around 3 to 5 billion — yes, that’s billion with a “b”. However, the species is now extinct due to it being hunted mostly for sport by humans. To this day, scientists are still perplexed at how such a massive population was able to go extinct so quickly, and not persist in at least a few isolated populations.

In a new study published in the journal Science, researchers postulate that passenger pigeons — while well-adapted to living in huge flocks — were poorly adapted to living in smaller groups. Their findings suggest that rapid change in population size gave the species very little time to properly adapt.

“Passenger pigeons did really well for tens of thousands of years, and then suddenly they went extinct,” says Beth Shapiro, one of the study’s authors and professor of ecology and evolutionary biology at UC Santa Cruz. “Paradoxically, their enormous population size may have been a factor in their extinction.”

The study involved analyzing the genetic diversity of passenger pigeons through DNA recovered from museum specimens. They looked at the variation in diversity across the genome, and found that it was lower than expected, as well as more variable. The analysis allowed them to see where regions of high and low diversity existed in the passenger pigeon genome.

Their findings showed patterns in the species’ genome which revealed that low genetic diversity was a result of natural selection initiating the rapid spread of beneficial mutations and elimination of bad mutations throughout the population. However, in the band-tailed pigeon — a closely related species — these patterns of genetic diversity were not present. An interesting fact to note is that the band-tailed pigeon has a relatively small population of about 2 million that are native to western North America.

“When we looked at rates of adaptive evolution and purifying selection in both species, we found evidence that natural selection had resulted in both a faster rate of adaptive evolution in passenger pigeons and a faster purging of deleterious mutations,” explains Gemma Murray, the study’s first author and a researcher in Shapiro’s lab at UC Santa Cruz. “That is exactly what you would expect to see if selection is causing the differences in genetic diversity.”

Through further analysis of the passenger pigeon genome, the researchers found that many of the genes that showed evidence of adaptive evolution could be related to aspects of passenger pigeon ecology and the demands of living in large flocks. This included genes related to the immune system and stress reduction, as well as the ability to eat a wide diversity of foods. When the population size is greatly reduced, these traits are no longer as beneficial to the individual.

These findings have wide implications for current models used by population geneticists, which often assume neutral evolution in order to look back on a population’s history. For a species such as the passenger pigeon, these models don’t fit the mold. “In most species, it is probably safe to assume the majority of the genome is evolving neutrally, but for species with very large populations we might want to hesitate,” says Shapiro. “These tools that use genetic diversity to make inferences about historical changes in a population’s size don’t work at all for the passenger pigeon.”