Deadly koala virus passed from mothers to their joeys • Earth.com 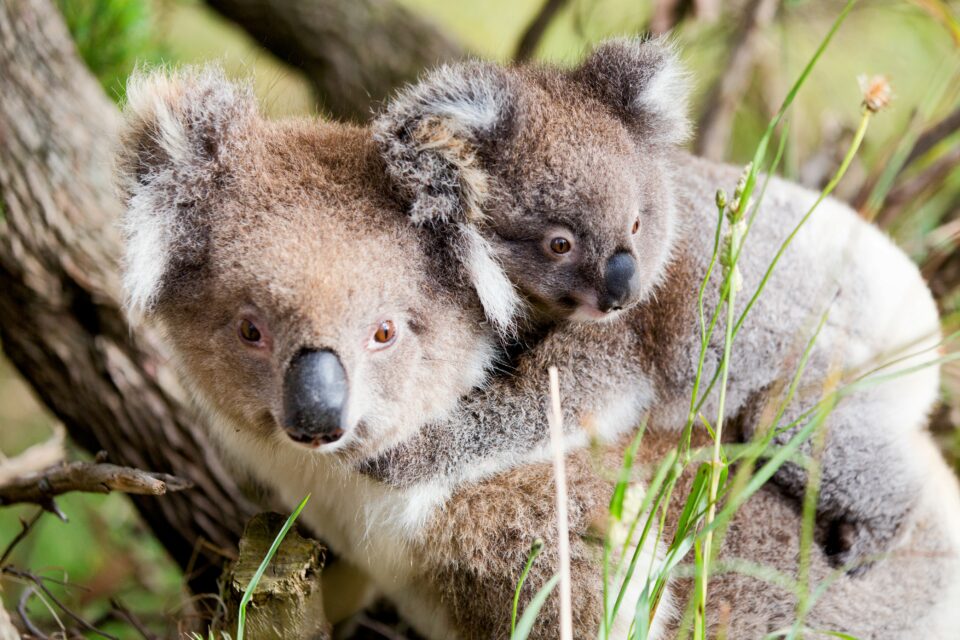 Deadly koala virus passed from mothers to their joeys

The future of the koala is threatened by habitat loss and climate change. A less well-known threat to the iconic Australian animal is the Koala retrovirus, or KoRV. To gain a better understanding of KoRV, scientists at the University of Queensland set out to investigate how it was transmitted.

“A conserved retrovirus, koala retrovirus (KoRV)-A, is present within the genome of koalas in most Australian populations,” explained the researchers. “Additional divergent sequences and subtypes are thought to be exogenously transmissible and more pathogenic.”

Study co-author Keith Chappell, an associate professor at the University of Queensland, said the virus predisposes koalas to chlamydia and other diseases, and is having a large impact on wild populations across Queensland and New South Wales.

“The virus causes immune depletion, likely making it much harder for koalas to cope with these other, already-detrimental environmental stressors,” said Professor Chappell.

“By sequencing variations of the virus DNA in 109 captive koalas, we finally revealed how the virus spreads – from mother to joey.”

“It seems that transmission between mother and joey likely occurs due to close proximity, via a joey’s exposure to a mother’s potentially infectious fluids, like their milk.”

“Mothers were sharing their virus variants three times more than fathers, suggesting this is the dominant pathway of spread for the virus.”

By identifying the pathway of transmission from mother to offspring, the research provides unique insight into conservation and captive breeding programs.

“This work will be highly informative for koala conservation, as it suggests that captive breeding programs focused on mothers that have a low amount of retrovirus variants, could result in healthier animals for release,” explained lead researcher Briony Joyce.

“Also, we propose that antiretroviral treatment — if shown to be safe in koala and effective against KoRV — could be used specifically in mothers during breeding seasons to prevent transmission.”

“This work helps pave the way for evidence-based conservation, increasing koala resilience to help them cope with a changing and challenging environment.”