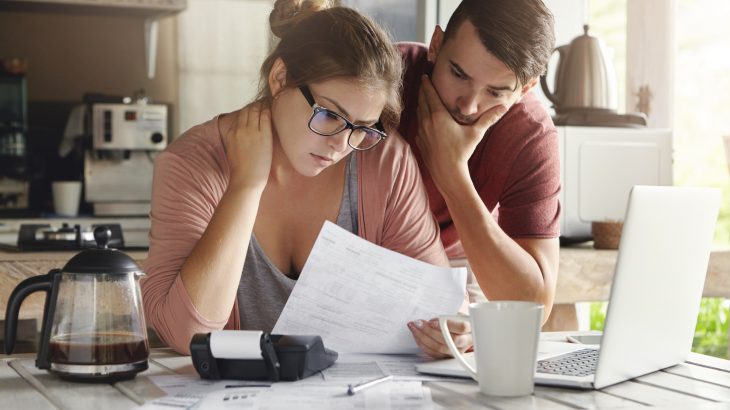 The psychological burden of debt found to impair decision making

There exists an unfortunate stigma around lower-income families and individuals who are heavily in debt. Many people associate irresponsible choices and bad habits with debt, and so seeking debt relief can be challenging given these problematic assumptions and biases.

The truth is that financial hardships put a huge mental tax on people who are unable to get out of debt, and a new study has revealed that this psychological burden can actually impede cognitive function and decision making.

The study was conducted by researchers from the Social Service Research Centre at the National University of Singapore and is the first of its kind to explore how debt relief impacts the psychological well being and cognition of lower-income, indebted individuals.

“One challenge with poverty alleviation policies is the bedrock belief that the poor are indebted because of personal failings,” said Dr. Ong Qiyan, a joint-author of the study. “However, our study shows that because debt impairs psychological functioning and decision-making, it would be extremely challenging for even the motivated and talented to escape poverty.”

For the study, 196 chronically in-debt low-income individuals in Singapore were given up to 5,000 Singapore dollars for debt relief through the Getting Out of Debt Program run by Methodist Welfare Services, a Singapore-based charity.

The program is meant to benefit individuals and households who have a monthly income of less than 1,500 Singapore dollars with chronic debts owed for at least six months.

In the study, the average monthly income for the participants was S$364.

“Although our study is based on the poor, many non-poor Singaporeans also have debts,” said co-author Walter Theseira. “Why are some people able to handle debts easily, while others find them stressful and taxing? One difference is that the non-poor have the financial resources to manage their debts conveniently and at low cost.”

The debt relief payments were used to help pay off mortgages, utility bills, and other accruing debts but not all the participants had the same amount of debt.

The researchers surveyed the participants before and after they were given debt relief and the surveys helped measure anxiety, financial decision making, and cognitive functioning.

Once some of the debts were paid off, the participants reported less anxiety and were able to make smarter financial decisions three months after being given debt relief. These improvements were greater for individuals who had more of their debts paid off.

“The findings in this study opens a pragmatic case for designing good debt relief programmes for low-income households,” said Irene Ng, a co-author of the study. “As it is the pile up of debt accounts (more than the amount of debt) that affects functioning, interventions should focus on decreasing the mental load on low-income households, whose minds are already highly stressed.”

The findings of the study were published in the Proceedings of the National Academy of Sciences.