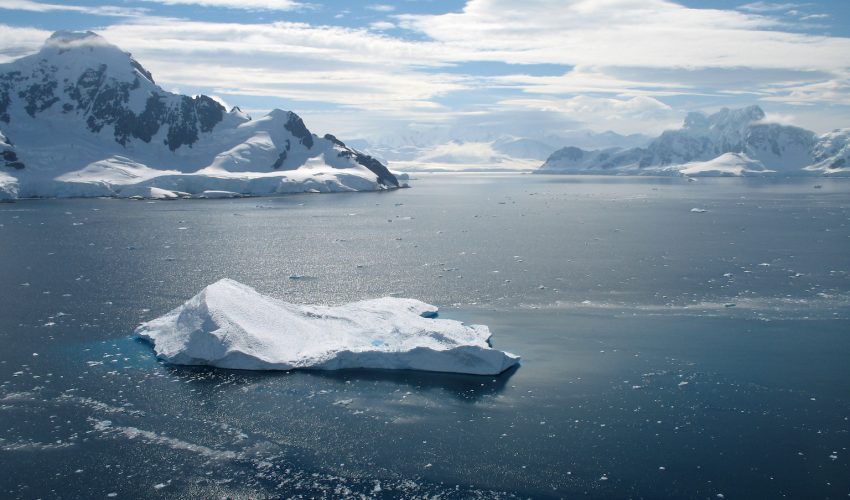 Researchers have created the most precise geothermal heat map of the Antarctic to date that may explain the source of ice shelf melting.

Trying to map the “geothermal heat flux,” or geothermal heat rising, to the Antarctic ice sheet has been difficult in the past because of the hostile conditions in the area and the thickness of the ice itself. The ice sheet measures a little over two miles in some places.

But now, researchers from the British Antarctic Survey have created an accurate and detailed graphic of the geothermal heat flux in the area using magnetic measurements.

This heat map correlates with another recent study that found evidence of an ancient heat source deep below the West Antarctic Ice Sheet.

The researchers used magnetic measurements to create a map that is 30 to 50 percent more accurate than any previous heat maps of the area. 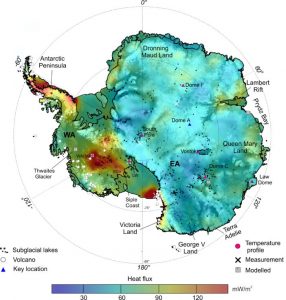 Geothermal heat is important to factor in when examining ice sheets and melting, especially when predicting how climate change will impact those areas in the Antarctic and Arctic where melting will cause sea level rise.

“How the ice sheet will respond to these recent changes is influenced by the pattern of geothermal heat, and that’s why this new map is so important,” said David Vaughan, a British Antarctic Survey glaciologist in a written statement.

Recently, scientists discovered new evidence that a mantle plume underneath the West Antarctic ice sheet is causing melting beneath the ice.

The possibility of a mantle plume beneath the Antarctic is not new, but now researchers have a better understanding of the inner workings of the plume and its activity below the ice sheet.

Both the plume study and the new geothermal map will help researchers make better predictions about melting and the effects of climate change on the ice sheet.