Deforestation for fashion: The cost of rayon • Earth.com 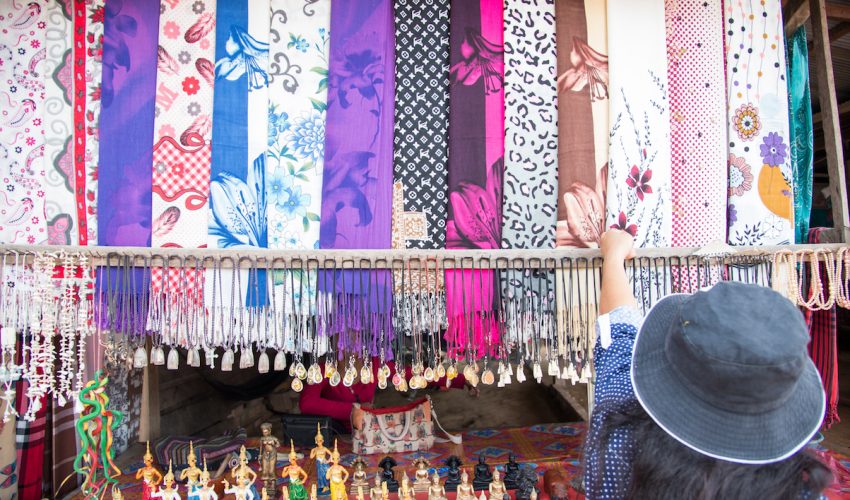 Deforestation for fashion: The cost of rayon

When you drape a thick fur coat over your shoulders, it’s very apparent you’re wearing the skin of an animal.  But there are other fabrics that are less obvious but commonly understood. If you slip into a silk dressing robe, it isn’t obvious you are wearing a product made by thousands of larvae of a domestic moth.  However, it’s not much of a secret that silkworms have been creating fabric used all over the world for the last 5,000 years.

Similarly, without a close examination, the wool sweater that’s so nice to wear on cold autumn evenings could be made from cotton or nylon yarn instead of an animal’s hair.  Coats are stuffed with goose down or synthetic insulation depending on the quality of the product. Garments are very often made from cotton and the consumer usually knows very little about the specific growing conditions or agricultural practices that lead to their t-shirt.

It’s not exactly surprising considering the vast array of materials used for clothing that some may cause deforestation or that consumers are mostly none the wiser.

The silk industry was extremely important to France in the 1860s when a disease struck their silkworms.  Famed scientist Louis Pasteur and Count Hilaire de Chardonnet worked to discover the root of the problem when Chardonnet invented ‘imitation silk’.  Chardonnet, using cellulose from wood pulp created a fabric now known as rayon. Initially rayon was found to be too weak for most clothing and was instead used in other products.  However in 1955, high wet modulus (HWM) rayon was invented, a new rayon strong enough for clothes.

Today rayon is extremely popular.  According to TextileWorld, 5.2 million tons of rayon and related cellulose based fabrics were produced in 2015.

Also in 2015, the Federal Trade Commission filed complaints against Bed Bath & Beyond, Nordstrom, J.C. Penney, Backcountry.com, and their subsidiaries for selling rayon that was mislabeled as bamboo.  The companies were ordered to pay $1.3 million in civil penalties.

It’s true that bamboo can be used to create rayon but that’s only part of the story.  Bamboo is the fastest growing woody plant in the world and so it has great potential for being used sustainably.  Of course forests can be cleared for bamboo plantations or natural bamboo stands could be decimated but these are rare instances and not the main problem.  Bamboo is usually relatively clean and sustainable but the same is not true for rayon. Patagonia explains that the chemical processing is a bigger concern than bamboo used in rayon:

“The solvent used for this process is carbon disulfide, a toxic chemical that is a known human reproductive hazard. It can endanger factory workers and pollute the environment via air emissions and wastewater. The recovery of this solvent in most viscose factories is around 50%, which means that the other half goes into the environment.”

Much rayon doesn’t come from bamboo either.  According to non-profit Rainforest Action Network’s Out of Fashion campaign, 120 million trees are cut down annually to make our clothes.  And Nicole Rycroft, founder of Canopy, a sustainable clothing nonprofit, quoted in The Guardian said that 30% of rayon and viscose (created with a similar process) in clothing is sourced from wood pulp coming from ‘endangered and ancient forests’.

Organizations like Rainforest Action Network (RAN) and Canopy have pressured fashion companies to change their deforestation practices with mixed results.  In 2010, Canada, Indonesia and Brazil supplied about 60% of China’s pulp import, 75% of which was used to create viscose fabrics. According to The Guardian, 5% of the fabric industry is made up of forest based fabrics like rayon and viscose.  It’s projected that demand for these fabrics may grow as fast as 9% annually, which could lead to even more deforestation the world over.

Canopy and RAN have each had some success.  Canopy has worked with H&M to stop using cellulose from unsustainable sources and RAN reports that Ralph Lauren, Victoria’s Secret and Abercrombie & Fitch have adopted RAN’s more sustainable policies.  RAN also notes that some companies have ignored the pressure, continuing to support deforestation in their supply chains, specifically mentioning Forever 21, Under Armour, Foot Locker, Prada Group and Michael Kors; you can sign a petition on their site addressing these companies.

Unfortunately fashion and deforestation are only half of the viscose rayon problem.  Patagonia notes that it doesn’t use rayon at all, not sourced from bamboo or sustainably harvested forests.  Patagonia doesn’t use rayon because only about 50% of the toxic chemicals used are recovered. Even if the toxic chemicals are kept in factory, the results can be devastating.  According to Paul Blanc, author of Fake Silk: The Lethal History of Viscose Rayon about 30% of factory workers investigated showed serious signs of poisoning.  Blanc said in an interview on CBC in 2017:

“They omit entirely the fact that you can’t make the product without this toxic chemical. So it’s really a ‘greenwashing’ of the most diabolical sort.”

Paul Blanc said one of the symptoms of poisoning by carbon disulfide, one of the main chemicals used to process rayon is insanity.  He said one factory had bars on its windows due to the prevalence of workers trying to jump to their deaths. Reproductive harm has also been shown in both men and women exposed to carbon disulfide.  One study even showed increase in spontaneous abortions in female workers at a rayon factory.

The science isn’t unequivocal though, as only small effects have been shown in factory workers exposed to carbon disulfide and no causal relationship has been discovered, according to Science Direct.

Studies showing the direct effect of specific chemicals on the human body are hard to carry out, and controlled settings are impossible.  It could be that the production of rayon has much more widespread problems than the scientific consensus shows.

According to a paper in the journal Tobacco Control, as late as the 1960s only one third of American doctors thought that cigarettes indisputably caused lung cancer.  Part of the problem is money. Cigarette companies spent a lot of money disputing the idea that their product caused cancer. It’s not hard to imagine that clothing companies hide the darker aspects of their trade.  Indeed as I mentioned earlier, clothing companies have even been caught mislabeling rayon as ‘bamboo’. When confronted with the facts that their clothing has caused deforestation, the fashion industry claimed ignorance, much like they have claimed ignorance of sweatshops.

When information is hard to come by on manufacturing and sourcing processes and companies even claim ignorance of where their product comes from, it makes it hard to see the bigger picture.

Unfortunately rayon isn’t used only in clothes but is used to produce tires, cellophane and synthetic sponges as well.

It’s nearly impossible to live a normal modern life and never use any of these products.  What you can do is sign petitions like the one RAN created. You can also purposefully buy from companies like Patagonia that put factory workers and the environment as important from the beginning without being pressured from the outside.  Personally, I try to buy much of my clothes used, if you buy used it doesn’t matter nearly as much how the product was produced, you’re not contributing directly to production anyway.