Deforestation is slowed by protected areas, but not prevented • Earth.com 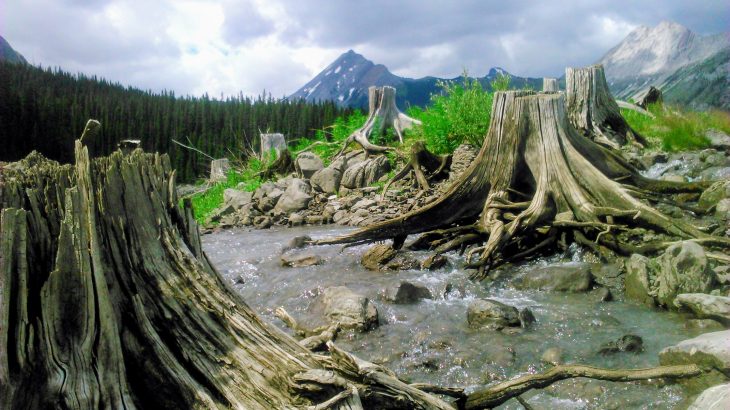 Deforestation is slowed by protected areas, but not prevented

A new study from Oregon State University has found that while the rate of deforestation is reduced in protected areas, it is still not prevented. Considering that most terrestrial species live in forests, deforestation has major implications for future biodiversity loss.

“Evidence indicates that we’re in the middle of a mass extinction event the likes of which the planet has seen only five times before,” said study leader Christopher Wolf. “Formally protected areas have been proposed as a primary tool for reducing deforestation, and therefore stemming species extinctions and slowing reductions in carbon storage.”

The research is believed to represent the first comprehensive look at how effective protected areas are at limiting forest loss. The investigation was focused on more than 18,000 land parcels spanning two million square miles across 63 countries.

The findings indicate that just 6.5 percent of Earth’s forests are truly protected, which falls short of the 2020 target of 17 percent set by the United Nations’ Convention on Biological Diversity.

The researchers used the World Database on Protected Areas and forest maps to measure changes within protected areas. These estimates were then compared to the rates of forest loss in control areas with similar characteristics such as elevation and proximity to densely populated areas.

The study showed that the rate of deforestation is 41 percent lower in protected areas. The experts also determined that previous estimates that suggest 15.7 percent of the Earth’s forest are protected from deforestation are far too optimistic.

“It’s clearly not enough just to call a forest area ‘protected’ and assume that it really is,” said Wolf. “When you look at conservation effectiveness, you can’t simply rely on the amount of officially protected land as a metric. Nearly one-third of all protected areas are actually under intense human pressure.”

The rates of deforestation in protected areas were highest in Africa, Europe, and South America.

Of the 63 countries examined for the study, Sierra Leone, Malaysia, and Cambodia were found to be losing their forest cover the fastest. Meanwhile, the most effective protected areas were found in New Zealand.

“Protected area effectiveness is limited by varying levels of monitoring and enforcement and the money available for them,” said Wolf. “Unfortunately, our research shows that protected areas rarely if ever do more than slow down deforestation. And in general, the larger the protected area, the higher the rate of forest loss.”