Plants and animals evolve faster in coldspots than in biodiversity hotspots • Earth.com 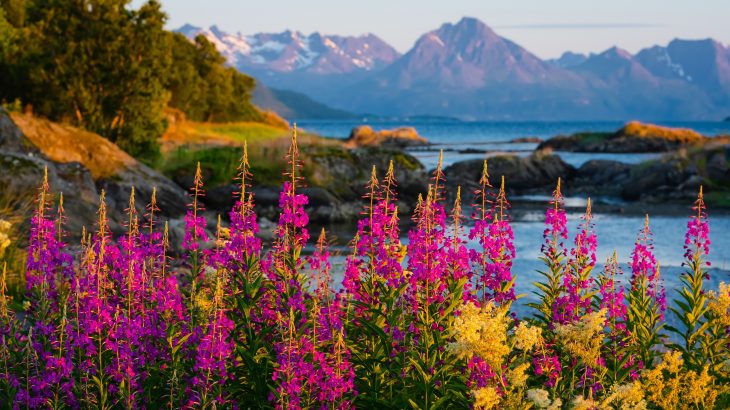 Plants and animals evolve faster in coldspots than in biodiversity hotspots

“Coldspots” provide more opportunity for the rapid diversification of plants and animals than hotspots, according to a study led by Louisiana State University. The researchers found that new species evolve much more slowly in biodiversity hotspots like the Amazon rainforest than what was previously thought.

The experts also determined that places without a lot of species, like mountaintops and deserts, provide the right conditions for new species to develop.

Even though coldspots may be extreme with unstable environments, they are also relatively empty, giving plants and animals the space they need for expansion. By contrast, the researchers report,  biodiversity hotspots are the result of the gradual accumulation of species over time.

Study senior author Robb Brumfield is the LSU College of Science Associate Dean of Research & Administration and a professor in the Department of Biological Sciences.

“Our results reveal a model in which species are forming faster in environmental extremes but have accumulated in moderate environments to form tropical biodiversity hotspots,” explained Professor Brumfield.

For their investigation, the researchers analyzed samples maintained by natural history museums. The LSU Museum of Natural Science and its frozen tissues collection, which is the oldest and largest of its kind in the world, contributed tissues for 747 of 1,287 bird species that were included in the study.

“The remarkable sampling in this study comes from 40 years of fieldwork by curators, students, staff and others, who spent huge amounts of time and money, and risked their personal health, collecting specimens from around the world,” said study co-author Professor Fred Sheldon.

Based on the DNA analysis of museum tissue samples from 24 countries, the experts mapped the genetic relationships of a predominant group of tropical birds called the suboscine passerines. These birds are so abundant that they represent about one of every three bird species in the American tropics. Suboscines have a wide variety of both characteristics and habitats, which include forests, mountains, and deserts.

“This shows that conservation efforts to save the rapidly changing tropical landscape need to focus not only on the species-rich Amazon, but also on regions that are less diverse but contribute disproportionately to the generation of new species, like the wind-swept, cold puna of the Andes Mountains,” said Professor Brumfield.