Depression rates have tripled during the COVID-19 pandemic • Earth.com 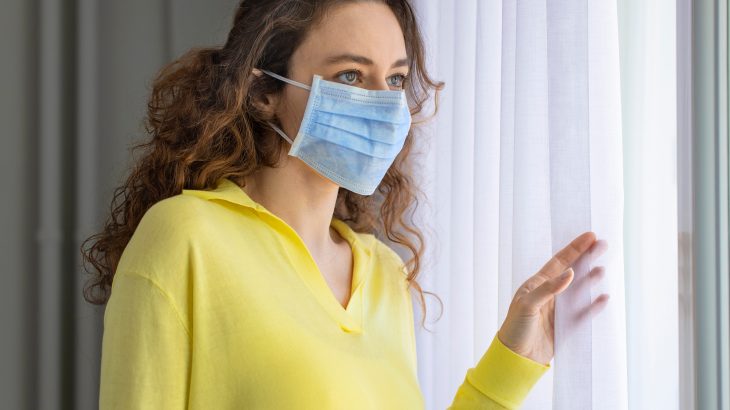 Depression rates have tripled during the COVID-19 pandemic

The depression rate in the United States has tripled as a result of the COVID-19 pandemic, according to a study from Boston University School of Public Health (BUSPH). The number of adults with depressive symptoms jumped from 8.5 percent before the pandemic to 27.8 percent by mid-April.

The researchers also found that income and savings were the strongest predictors of depression during the early weeks of COVID-19 lockdowns.

“Depression in the general population after prior large scale traumatic events has been observed to, at most, double,” said study senior author Dr. Sandro Galea. She pointed to since examples such as the Ebola outbreak and civil unrest in Hong Kong.

“We were surprised to see these results at first, but other studies since conducted suggest similar-scale mental health consequences,” said Dr. Galea.

Those similar studies were mainly conducted in Asia and focused on specific groups such as healthcare workers and college students. For example, one study found that half of Chinese healthcare workers who had treated COVID patient were suffering from depressive symptoms.

The investigation from BUSPH is the first of its kind to assess changes in the prevalence of depression across the general population in the United States.

The research was focused on data from the 2017-2018 National Health and Nutrition Examination Survey (NHANES), and the COVID-19 Life Stressors Impact on Mental Health and Well-Being (CLIMB) study, which was conducted from March 31 to April 13, 2020. During these particular weeks, 96 percent of Americans were under stay-at-home advisories.

The surveys, which involved thousands of respondents, used a standard test to assess depressive symptoms. The 2020 questionnaire also gathered data on COVID-related stressors such as job loss, the death of a loved one from COVID-19, and financial problems.

The analysis revealed an increase in depression among all demographic groups. As expected, those who experienced more COVID-related stressors reported the most depressive  symptoms.

However, the biggest statistical differences were centered around money. During the pandemic, individuals with less than $5,000 in savings were 50 percent more likely to experience depression compared to those with more than $5,000.

“Persons who were already at risk before COVID-19, with fewer social and economic resources, were more likely to report probable depression, suggesting that inequity may increase during this time and that health gaps may widen,” said study lead author Catherine Ettman.

“We would hope that these findings promote creating a society where a robust safety net exists, where people have fair wages, where equitable policies and practices exist, and where families can not only live on their income but can also save money towards the future.”

“There may be steps that policymakers can take now to help reduce the impact of COVID-19 stressors on depression, such as eviction moratoria, providing universal health insurance that is not tied to employment, and helping people return to work safely for those able to do so.”

The researchers hope their findings will help people who are feeling depressed to realize that they are not alone. They should know that one in four U.S. adults is likely suffering through the same feelings.