Desert ants remember food smells for the rest of their lives • Earth.com 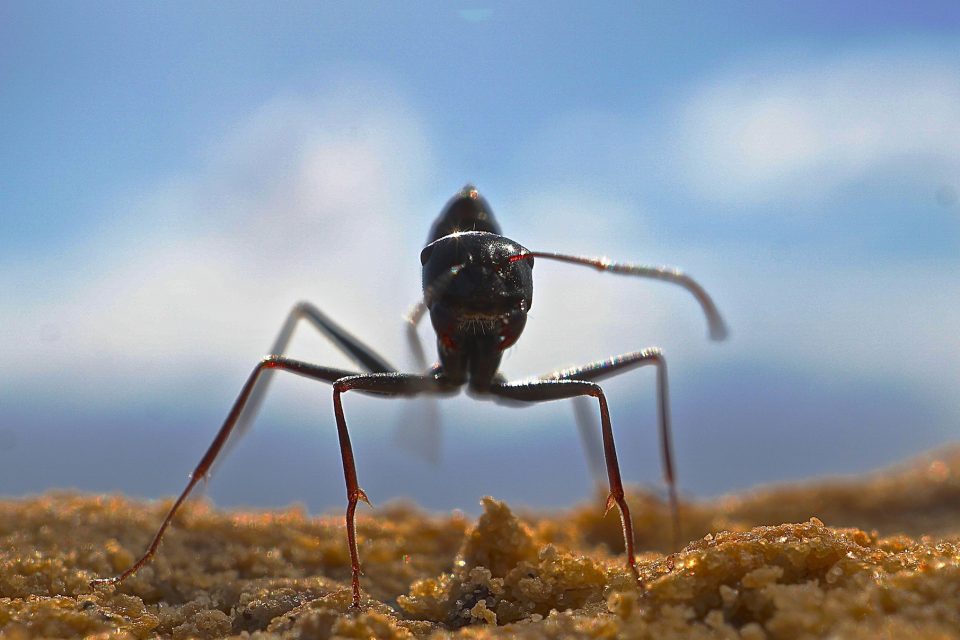 Desert ants remember food smells for the rest of their lives

Ants are one of the more fascinating creatures to study, given how they work together to create massive structures and are able to carry objects many times their bodyweight. The way these insects process different odors is also quite interesting, and was the focus of a recent study by scientists at the Max Planck Institute for Chemical Ecology.

In a paper published in Proceedings of the National Academy of Sciences, behavioral scientist Markus Knaden details experiments that show desert ants’ ability to quickly learn many different food odors, and remember them for the entirety of their lives. Along with this finding, he and his colleagues also determined that the way these ants remember nest odors differs from how they remember food odors.

The desert ant used in this study (Cataglyphis fortis) has an incredible ability to trace food and also find its way home in the North Africa desert. The ant’s sense of smell has an integral function for its orientation. But this insect isn’t only a fantastic navigator, it is also great at remembering scents.

Knaden wanted to find out how these ants are so good at finding their way back to their nest after they search far and wide for food. He and his team developed a simple experiment to test how the ants respond to over 30 different food odors. They held a stick with one end scented with an odor about two meters away from a foraging ant, with wind blowing the odor to the ant. Initially, most odors were ignored by the ants, and did not result in a response.

“After we had offered a food crumb to the ants which had been scented with one of these odors, however, the ants were almost always attracted by this odor afterwards,” says Knaden. “We were amazed how quickly the ants learned food-associated odors and how long they could remember them. Even ants that had learned an odor more than 25 days ago were able to remember it.”

However, the researchers soon found that ants were not able to learn nest odors as quickly as food odors. When they repeated the experiment using a nest scent, the ants needed five to ten trials before they learned the odor as a nest cue. When the odor was then removed from the nest, the ants completely stopped responding to the former nest cue. It was clear to the scientists that the odors for nest and for food are processed differently in the ants’ brain depending on the type of cue.

“The two different odor memories make sense. During its entire life, an ant encounters many different pieces of food while foraging. Since the insect finds its food mainly through olfactory cues, it is important for an ant to learn the odor of good food in order to specifically search for it later,” Knaden explains. “The nest, in contrast, should always smell the same during an ant’s short life. Therefore, no extraordinary memory is needed to locate the nest entrance by following olfactory cues. It is sufficient if an ant knows how the nest smelled when it left to search for food, to find it on its way home. It is unlikely that the nest odor changes while an ant is away foraging.”

In the future, the researchers want to design lab studies to supplement these behavioral experiments – except they will be in the desert ants’ natural habitat. They plan on employing imaging techniques in order to locate and visualize the different memories in the ant brain, as well as to compare brain activity during food a nest search. “We already use similar techniques for the visualization of brain activity in flies and moths,” says Knaden. “It would be great to establish these techniques for ants as well, because ants exhibit a particularly complex behavior.”