Dietary changes can improve the health of shift workers • Earth.com 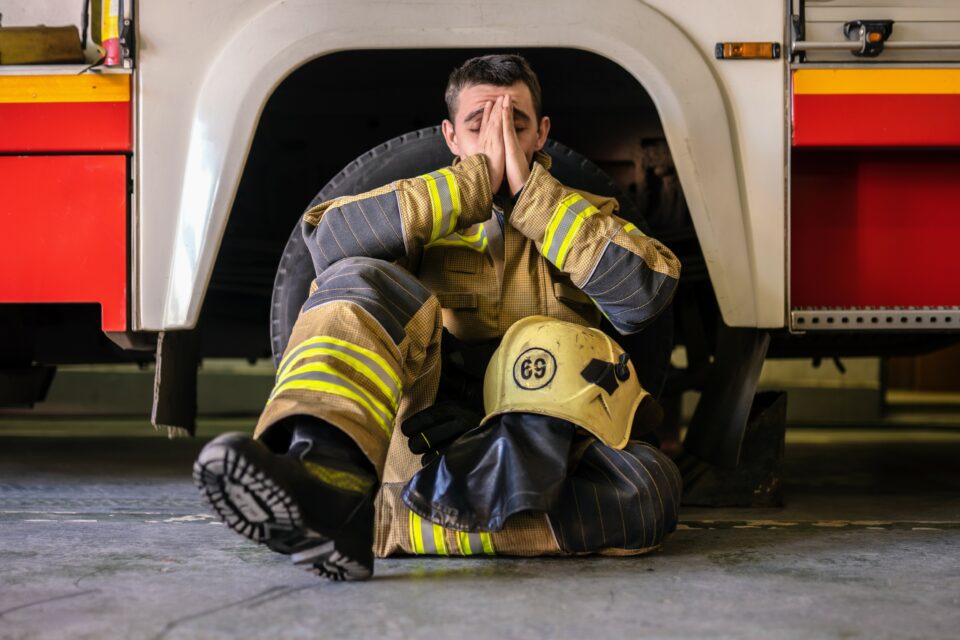 Dietary changes can improve the health of shift workers

Firefighters have to work shifts in order to ensure there is always a team on duty that can respond to a call-out. But shift work comes with its down side. It has been linked to a number of negative outcomes in terms of health, such as higher rates of diabetes, cancer, heart attacks and other cardiometabolic diseases. Firefighters have to expose themselves to these risks as part of their job, along with the dangers of tackling raging fires and rescuing people from the flames. And yet very little research has been done to identify ways in which these risks can be mitigated.

A new study, carried out by scientists from the Salk Institute and UC San Diego Health, has investigated whether time-restricted eating (TRE) could help firefighters to reduce the risks of developing some of these negative health conditions. The study was called the Healthy Heroes Study and involved a collaboration with the firefighters from the San Diego Fire-Rescue Department. TRE is a lifestyle intervention that required firefighters to eat all their meals during a 10-hour window, but did not involve skipping any meals.

“Shift work is much more common than many people think, affecting workers in a range of different fields, as well as parents of newborn babies,” says co-corresponding author Satchidananda Panda, a professor at the Salk Institute and holder of the Rita and Richard Atkinson Chair. “Not only does shift work contribute to an increased burden of disease in our society, but it makes it hard for people with existing conditions like diabetes and cardiovascular disease to manage them.”

The main problem with shift work is that it disrupts the body’s natural circadian rhythm. Almost every cell in the body has a 24-hour biological clock that regulates behavior (e.g., when to be active and when to rest) and physiology (e.g., blood pressure, blood sugar, muscle function). Circadian rhythms coordinate with the environment in part by regular, timed cycles of light and dark, as well as through patterns of eating and fasting. Disruptions to these cycles can cause negative impacts to health.

“Within the confines of shift work, there are many lifestyle interventions that can potentially optimize the health of shift workers,” says co-corresponding author Pam Taub, a cardiologist and professor in the UC San Diego School of Medicine’s Division of Cardiovascular Medicine. “However, there are very few research studies on this population. Our study sheds light on one way that we can help this population.”

In previous research, published in the journal Cell Metabolism, Panda and Taub found that eating all meals within a 10-hour time period each day reduced body weight and improved blood pressure and cholesterol levels in people with metabolic syndrome. They wondered whether the same improvements in overall health would be found in a population of firefighters who work shifts as part of their job.

In the current study, 137 San Diego firefighters who work shifts took part, by installing and using the myCircadianClock app on their phones to track their eating patterns for three months. Half the group (70 firefighters) ate all their meals within a 10-hour time window, while the other half (67 that formed the control group) changed nothing about their eating schedules.

Both groups were encouraged to follow a Mediterranean diet that was rich in fruits, vegetables, whole grains, and healthy fats, and that is known to have health benefits. The study included both individuals who were healthy and those who were overweight or who had health conditions such as high blood pressure, cholesterol, and/or blood glucose.

“Most clinical trials exclude shift workers, but these are the individuals at the highest risk of disease. So, it was imperative for us to test our lifestyle intervention in shift workers with a continuum of disease risks,” says first author Emily Manoogian, a staff scientist in Panda’s lab at Salk. “Since shift workers are incredibly busy, using an app to track their habits, and being monitored at their stations instead of the clinic, when possible, enabled these individuals to participate more readily in the trial.”

The results of the study, also published in Cell Metabolism, showed that time-restricted eating within a 10-hour time window was feasible and had no adverse effects for the firefighters. They did not report any problems with their concentration or reaction times and, in general, experienced improvements in their quality of life.

Furthermore, firefighters in the TRE group showed a significant decrease (by 1.34 nanometers) in the average size of their VLDL (“bad”) cholesterol particles, which makes these particles less likely to block arteries. They also showed improvements in their mental health, and reduced their alcohol intake by roughly three drinks per week. Time-restricted eating also significantly improved blood sugar and blood pressure in firefighters who had elevated levels at the start of the study.

“Overall, firefighters are a pretty healthy group of people, but we found that for those who had underlying cardiometabolic risk factors like high blood pressure, high cholesterol, and hyperglycemia, there was some benefit to TRE, especially in terms of improvement in glucose levels and blood pressure,” Taub says. “Even those who were healthy with no underlying cardiomeatabolic risk factors had improvements in quality of life and in VLDL, which is a form of bad cholesterol.”

“We’ve shown that time-restricted eating is a feasible way for shift workers, such as firefighters, to improve their cardiovascular health and wellbeing,” continues Taub, who is also co-corresponding author on the study. “These findings can likely be extended to a wider population, including health care workers like nurses and others who experience abnormal sleep-wake patterns.”

Nearly 30 percent of Americans are considered to be shift workers, being required to stay awake for at least two to three hours between 10:00 p.m. and 5:00 a.m. for a minimum of 50 days a year. Such a lifestyle can play havoc with both sleeping and eating patterns, and lead to serious disruptions to the circadian rhythm that may have many negative health implications.

“Humans have been living with circadian rhythms for at least 200,000 years, and these rhythms clearly have a profound effect on us,” Panda says. “Shift workers, whether they are astronauts or custodians, are vital to our society. It’s time to think about how we might help them improve their health.”