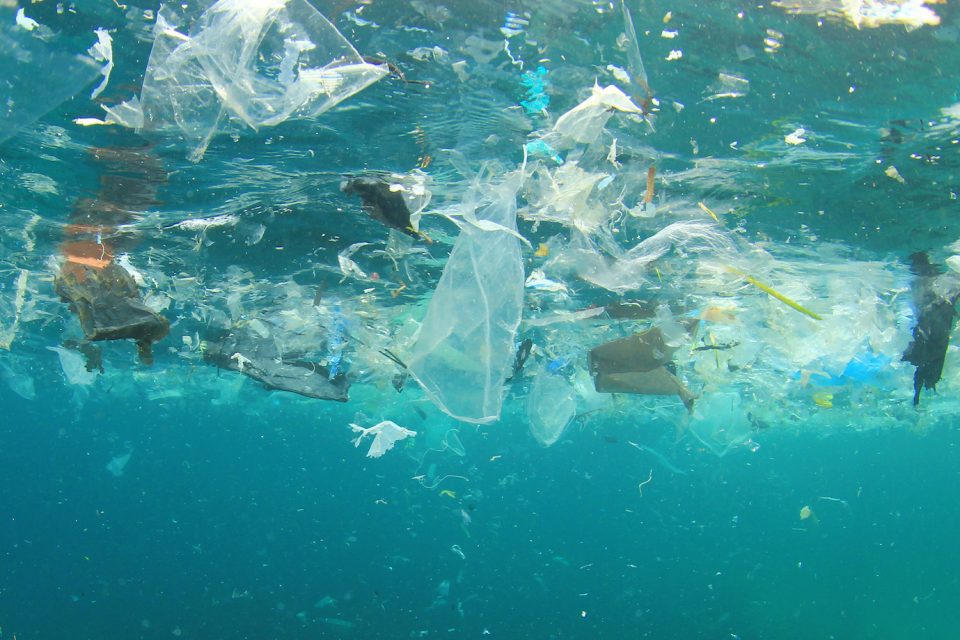 New online digital currency systems incentivize ocean plastic cleanup efforts. It’s no secret that the world’s oceans are full of trash, much of it plastic. I’ve seen trash such as plastic fishing nets and fluorescent bulbs wash up as far away as Alaskan islands and soggy plastic wrapped cigarette cartons wash ashore in West Africa.

There’s plenty of trash lapping at the shores of virtually any major body of water in the world. The plastic trash you can easily see is only a part of the problem, as microplastics made of larger plastic pieces degraded into tiny chunks are more prevalent than ever in the oceans. According to National Geographic, there were already 5.25 trillion pieces of trash in the oceans in 2015, that is an estimated 690,000 tons of garbage floating on the surface alone. That amount has only increased in recent years.

Asia in general is the largest contributor to plastic ocean trash. Forbes reported in 2018 that together China, Indonesia, the Philippines, Thailand and Vietnam dump more plastic garbage into the world’s oceans than the rest of the world combined. But the problem isn’t so simple as one that can be easily blamed on Asia.

The Los Angeles Times reports that earlier this year, a cargo ship full of Canadian garbage in the Philippines was forced to return its unwanted cargo home. This is part of the pushback against a widespread habit of western countries including the United States to simply export their plastic trash to Asia rather than deal with it at home. The supposed purpose of exporting trash was to have it recycled, but often garbage including un-recyclable contaminants were included in what was billed as plastic scrap exported to Asian countries.

About a year and a half ago, China, which had previously received the lion’s share of the so-called plastic scrap, banned almost all trash imports. Much of the trash bound for China was re-routed to other Asian countries without the ability to handle it. Plastic Pollution Coalition reports that in 2018, the US exported 157,000 shipping containers full of plastic trash to countries without proper facilities to process it. These countries are now also refusing trash imports.

Still, years of these practices combined with Asia’s own plastic waste has left their rivers and oceans in terrible shape. Al Jazeera reports that the most polluted river in the world is the Citarum in Indonesia and much of the pollution is plastic as well as toxins from textile manufacturers.

As bleak as the problem is, the BBC reports that there may now be a way to help clean up Indonesia’s waterways from plastic trash.New online digital currency systems incentivize ocean plastic cleanup efforts

On January 27, 2019, 5,000 volunteers joined together to clean up 45 tons of trash from a beach in Manila. This sounds like an incredibly difficult task to coordinate but it was pulled off thanks to modern technology and new innovations. Appropriately the coordination to cleanup the beach came from the United States, the source of much of the Philippines pollution as well.

The interesting part of the system is that it supports a peer-to-peer economy, not relying on governments or corporations for payouts or backing, but instead relying on individual humans and technology. The BBC reports that Plastic Bank, another organization, has also started a similar project in southern Luzon, the most populous island in the Philippines.  There, a permanent collection point pays out digital rewards for trash. Plastic Bank plans on opening more locations in the Philippines in the near future.

Plastic Bank is planning not only in giving out digital currency for plastic trash but is also working to create an economy around it. The organization plans on creating opportunities for local people to create convenience stores which deal in plastic as their currency of payment or more precisely, digital currency which can be earned by turning in plastic. The way they can do this, is by recycling the plastic they collect and selling it branded as ‘social plastic’ at a higher price. As of now, Plastic Bank is still looking for manufacturing partners to work under their label using their raw plastic pellets to produce products.

Plastic Bank also offers the ability to go ‘plastic neutral’ by paying $44 per year to clean up 85 kg of plastic trash, the average amount created per person. With these payments, you are supplied with a certificate.

For those unfamiliar with digital currency (such as myself), the idea is a bit hard to wrap the mind around. It’s easy to be skeptical that such systems based in computers will power the cleanup of oceans in the real world. To go along with the skepticism though, we should also remember the ways in which advances in computer technologies have changed our day to day realities radically in the last few decades. The amounts of trash collected so far in the Philippines is heartening and speaks for itself. Whether the project will continue to have so much success is something to see only in the future.