Dinosaur proteins provide key insights into the past • Earth.com 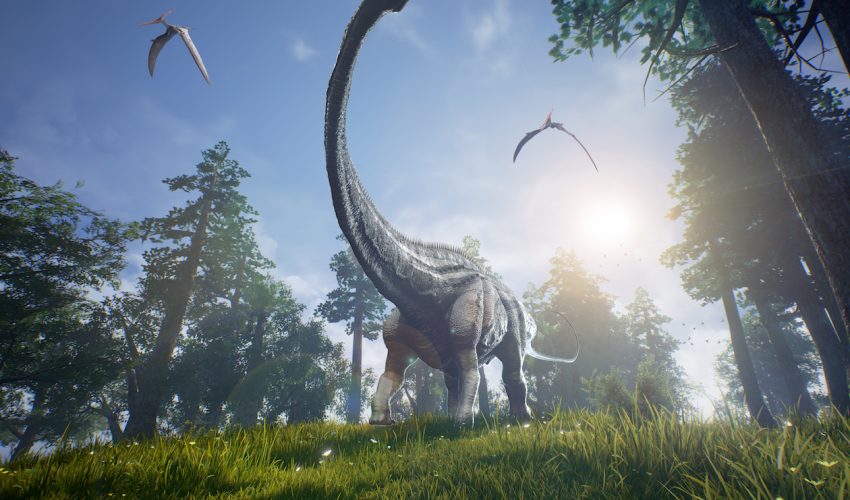 Dinosaur proteins provide key insights into the past

While DNA may be the star of the biological show, it is proteins (encoded by DNA) that perform all the functions that keep us alive.

It has been recently discovered that it’s possible to extract proteins from 80-million-year-old dinosaur bones, allowing scientists to get a much deeper look at these prehistoric beasts.

Mary Schweitzer, a professor of biology at North Carolina State University, has used this recent discovery to look into the evolution of proteins in dinosaur bones. When it comes to understanding function and evolutionary fitness, changes to DNA over time don’t really matter unless the protein changes as well. Schweitzer has found that studying these changes in proteins can uncover a greater wealth of information than studying DNA alone.

“When you think about it, it is the message of DNA – the proteins – that are actually the stuff on which natural selection works,” says Schweitzer. “The sequences of proteins can be used to generate ‘family trees’ of organisms, just like DNA. But modifications to proteins, which are not found in DNA and can’t be reliably predicted from DNA sequence alone, can tell us how a protein functioned, because the function of a protein is determined by its 3-D structure.”

Proteins can also provide information about the age of a sample or about the environment in which an organism lived. Furthermore, some proteins are able to survive for millions of years, while others break down over time. Researchers are intrigued by this dichotomy, and are looking into what contributes to the longevity of certain proteins.

Many scientists – including Schweitzer – have even found that some types of proteins are more likely to remain stable over tens of millions of years than DNA is.

With this recent confirmation of the ability for scientists to extract protein from dinosaur bones, Schweitzer is focused on some new areas in her research. She wants to begin refining methods used to study these proteins so that paleontologists can get the information they need from specimens without damaging them. Schweitzer and her team are also looking for ways to broaden the search for proteins to a variety of dinosaur tissues, specimens, and environments.

Another direction she wants to explore is to find what proteins can tell us about the organism they came from. This could include insight into an animal’s physiology, tissue and protein function, or reproductive behavior.

Given that dinosaurs lived for a much longer period of time than we have, Schweitzer believes that there is much we can learn from their protein evolution and function. Further research could benefit drug development and even find uses in our search for life on other planets.