Dinosaurs had DNA that provided a “blueprint” for success • Earth.com 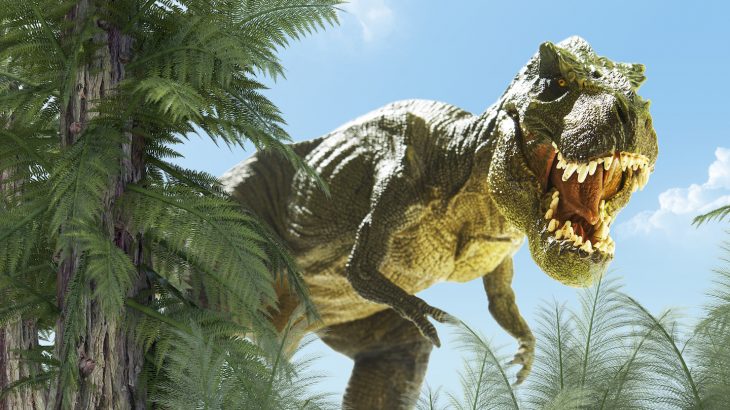 Dinosaurs had DNA that provided a “blueprint” for success

Dinosaurs had DNA that provided a “blueprint” for success. Dinosaurs dominated our planet for almost 180 million years, until they were wiped out by the Cretaceous-Paleogene extinction event roughly 66 million years ago. To put the dinosaurs 180-million-year reign into perspective, humans have only been around for about 200,000 years – which is a little more than 0.1% of the time dinosaurs inhabited the Earth.

Safe to say, dinosaurs were built to survive, and scientists believe that this is due to the way their DNA was organized, giving them a “blueprint for evolutionary success.”

A new study has revealed that dinosaurs may have come in such a variety of sizes and shapes because their genetic code had a large number of chromosomes, giving them a diversity that allowed dinosaurs to evolve quickly to changing climates.

Researchers from the University of Kent’s School of Biosciences recreated what the genome structure of dinosaurs would’ve looked like under the microscope by tracing how chromosomes changed over evolutionary time, from reptile ancestors to present day species. This involved extrapolating the likely genome structure of a shared common ancestor of birds and turtles that lived about 260 million years ago – 20 million years before the first dinosaurs emerged.

Now, researchers believe that dinosaurs would’ve had 40 pairs of chromosomes, which almost twice as many as us humans, but the same as modern birds.

“’We think it generates variation,” says Darren Griffin, a professor at the University of Kent and lead author of the study. “Having a lot of chromosomes enables dinosaurs to shuffle their genes around much more than other types of animals. This shuffling means that dinosaurs can evolve more quickly and so help them survive so long as the planet changed.”

This new study further reinforces the scientific understanding that birds and dinosaurs are very closely related. And although the researchers were able to mathematically predict the structure of dinosaur’s genetic code, they are still unable to completely recreate the DNA itself. As Griffin jokes, “we’re not going to have Jurassic Park anytime soon.”