Dinosaurs evolved to walk on two legs for running, not fighting • Earth.com 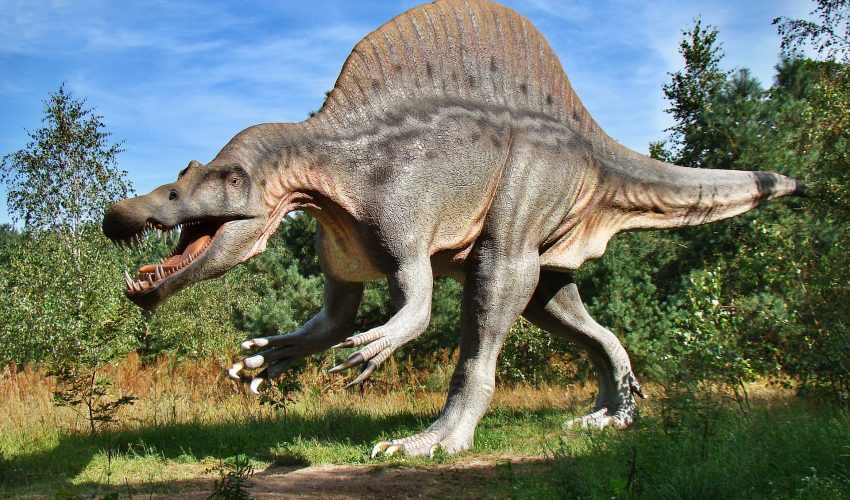 Dinosaurs evolved to walk on two legs for running, not fighting

Prevailing scientific thought has it that dinosaurs evolved to bipedalism – the ability to walk on two legs – so they could use their forelimbs for hunting. But that didn’t explain why even the plant-eaters evolved pretty much like their carnivorous cousins.

“Many ancient bipedal dinosaurs were herbivores, and even early carnivorous dinosaurs evolved small forearms,” said Dr. W. Scott Persons, a paleontologist in the Department of Biological Sciences at the University of Alberta and co-author of a new paper on the topic.

Persons and his team have come up with another theory. The first clue is in the big, muscular tail in even the proto-dinosaurs – smaller creatures that shared dinosaur characteristics. The researchers think the tail helped to power those back legs and served as a sort of stabilizing device.

“Having this muscle mass provided the strength and power required for early dinosaurs to stand on and move with their two back feet,” said Persons. “We see a similar effect in many modern lizards that rise up and run bipedally.”

The smaller forelimbs helped aid balance, to the point where some quadrupeds converted altogether to walking on two limbs, he said.

Persons added that this lack of a big, powerful tail explains why dogs, horses and most other mammals haven’t taken to bipedalism over time.

Many animals evolved to lose the big tail around the Permian period, more than 250 million years ago, said Persons. That’s when they starting burrowing into the ground for housing and protection. The tail got in the way of their cramped tunnels and might only serve as a nice handle for predators. Proportionally larger forelimbs were needed, however, for digging.

As for the hunting and fighting capabilities of the meat-eating dinosaurs, the University of Alberta researchers believe the fight was in their huge, menacing jaws. It was all the advantage they needed.