Dinosaurs had special lungs to survive in air with little oxygen • Earth.com 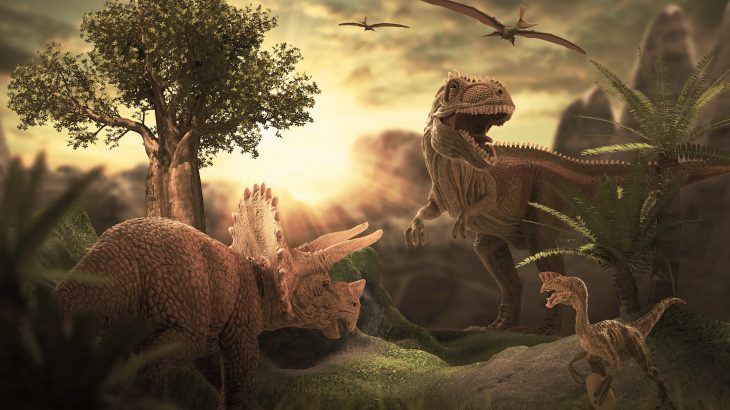 Dinosaurs had special lungs to survive in air with little oxygen

The dinosaurs were a successful and dominant species for the 180 or so million years of their existence thanks to a combination of unique traits that provided an evolutionary advantage.

One of these traits has to do with breathing, and a new study has unlocked the mysteries of how dinosaur lungs were especially suited to their low oxygen environment.

Oxygen levels 65 million years ago were much lower than they are today, and reports have suggested that there was only half as much oxygen present in the atmosphere as there is now.

Surprisingly, even though there was little oxygen, dinosaurs were quick, agile, and ruled the food chain.

Researchers from the University of Manchester examined the lung cavities of dinosaur fossils to better understand how dinosaurs were able to thrive on prehistoric Earth.

“Birds and mammals are highly active and evolved a way of living that requires a lot of oxygen, so their lungs are complicated,” Robert Brocklehurst, the lead author of the study told New Scientist.“Lizards and snakes have simpler lungs – they don’t need to get a lot of oxygen out of the air because they’re not doing anything with it.”

If the very first dinosaurs evolved lungs that were more bird-like, the researchers say that it could help explain the prosperous reign of the dinosaurs.

The researchers first examined the empty chest cavities of an alligator and ostrich, both of which have ancestral ties to the dinosaurs but who’s lung structures are very different.

“The ribs are very much embedded in the lung tissue, and that gives it a lot of structural support,” says Brocklehurst.

Next, the researchers took CT scans of 29 bird, 16 dinosaur species, and four alligators to compare lung cavities, and the dinosaur lung structure was much more similar to that of birds.

“We thought maybe some of the dinosaurs would have lungs more like birds, and some would be less similar. But basically everything just looked like the birds,” said Brocklehurst. “I was a bit surprised at quite how similar to birds some of the early dinosaurs were.”