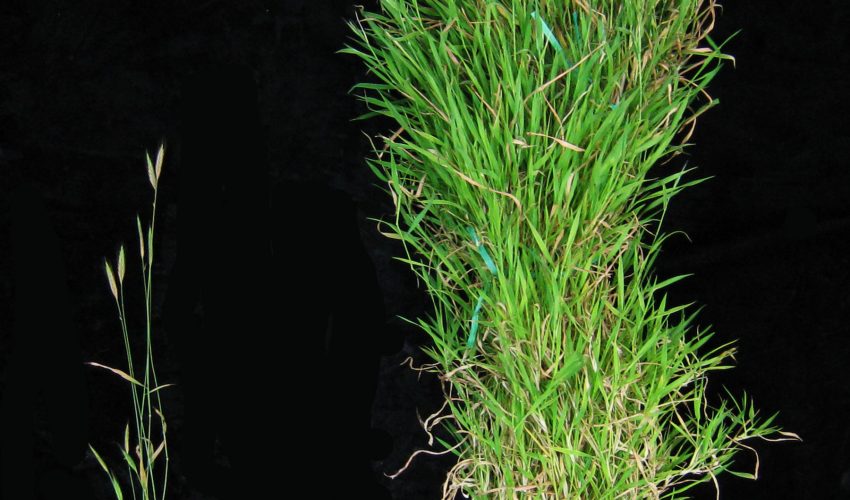 Researchers have identified the gene that keeps grasses from entering their flowering cycle until the right time, which could help plant breeders and engineers get more from food and energy crops.

Scientists at the University of Wisconsin-Madison compared the DNA of a small Mediterranean grass called Brachypodium, or false purple brome, to a version of the plant mutated so that it ignored the typical cold-to-warm transition for its flowering cycle.

That pointed the researchers to a gene they’re calling RVR1. The gene could potentially be used to increase yields on a plant called switchgrass, a feedstock for production of biofuels such as ethanol. It grows slowly and flowers in the early summer months in the upper Midwest.

Amasino’s lab will partner with researchers from the U.S. Department of Energy’s Great Lakes Bioenergy Research Center, to study different types of Brachypodium adapted to winters spanning a range of temperatures and lengths.

“How did one variety evolve a system tweaked to require 16 weeks of cold? How did another one develop for just two weeks of cold?“ Amasino asked.

The researchers will examine the genetic difference between the requirement for a short winter versus a long winter, he said.

“Grasses — including corn, wheat, oats, rye and barley — provide more than 80 percent of our caloric intake worldwide,” added postdoctoral researcher Daniel Woods, first author of the study which is published in the journal Proceedings of the National Academy of Sciences. “Rice alone in some countries is as high as 70 percent of the calories. But if you combine things we eat directly as well as animals we depend on that also eat grass, it is clear that grasses make the world go around.”