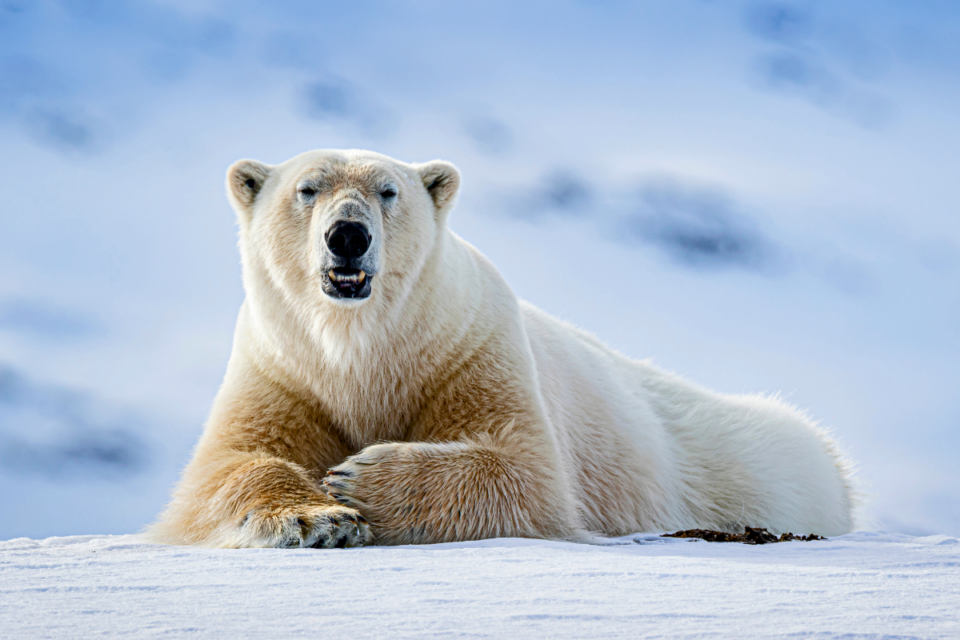 A team of researchers led by the University of Washington and the Greenland Institute of Natural Resources has recently discovered an isolated and genetically distinct population of polar bears in Southeast Greenland.

Unlike other polar bears that rely on rapidly disappearing sea ice for survival, these bears hunt during the entire year on the freshwater ice near marine-terminating glaciers, in sea-ice conditions close to those projected for the High Arctic in the late 21st century. These findings offer reasons for optimism regarding polar bear resilience in the face of climate change.

Previous studies have shown that the Arctic is warming at an unprecedented rate, more than twice as fast as the rest of the planet. This phenomenon is threatening a variety of animal populations, among which polar bears are particularly vulnerable, since most of them rely upon sea ice to hunt seals.

However, recent forecasts of reduced polar bear populations and geographic distribution are based on broad-scale climate projections that fail to take into account the crucial role of small-scale habitat features which could serve as climate refugia for endangered polar bears.

By combining 36 years of genetic, movement, and demographic data, the scientists discovered and described a genetically distinct, isolated population of polar bears in Southern Greenland.

Moreover, through sophisticated habitat analysis, natural history observation, and traditional ecological knowledge, they also managed to identify a previously unknown polar bear behavior in this population: the use of fresh ice at the marine terminal glacial fronts (known as “glacial mélange”) as a platform for seal-hunting. While other polar bear populations are forced to move on land or migrate with receding sea ice into less productive regions during the ice-free season, this adaptation allows the Southeast Greenland bears to thrive in rather inhospitable conditions.

These findings have important implications for polar bear conservation, suggesting that marine-terminating glaciers – which are uncommon in most of the Arctic, but can be found in places such as Greenland or Svalbard – may serve as previously unrecognized climate refugia.

The study is published in the AAAS journal Science.