Polar bears are forced to hunt for food on land • Earth.com 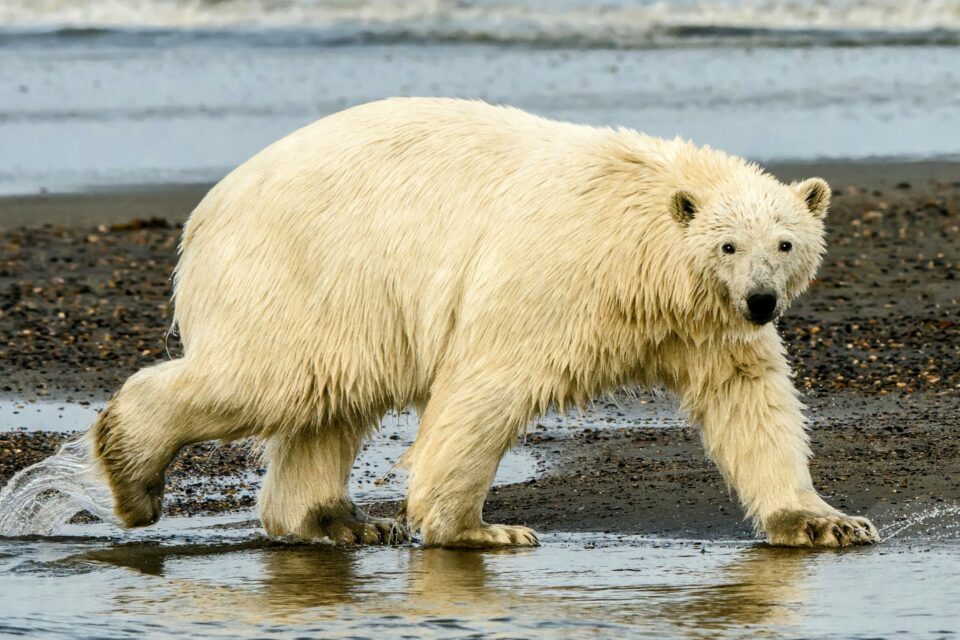 Polar bears are forced to hunt for food on land

Global climate change is resulting in dramatic consequences for our planet, with one of the most significant issues being the increasing size of hunting grounds of various species. A prime example of this is the Beaufort Sea polar bears, whose hunting ground has increased in size by 64 percent within the last two decades.

New research from the Washington State University School of the Environment has found that the increase in polar bear hunting ground size is the result of their receding sea ice habitat, meaning they must travel further north in order to hunt for fish and seals. This has led to a decrease in the polar bear population within the Beaufort Sea of around 30 percent.

“Having to travel farther means these bears are expending more energy which can threaten their survival,” said study lead author Anthony Pagano. “If we want to preserve the habitat of these amazing mammals, then we need to focus on the root of the problem, which is slowing global climate change.”

The researchers used satellite tracking data to analyze the movement patterns of female polar bears between 1986 and 2016 across the North Alaskan Beaufort Sea.

“The combined impact of having to move farther and farther north with the ice in the summer and then having to move back in the fall and winter as the ice freezes is taking a major toll,” said Pagano. “Our work highlights the worrying impact of sea ice decline on polar bear movement patterns.”

In addition to traveling further for their favorite prey of seals and fish, the experts also discovered that around 20 percent of the Beaufort Sea polar bear population is coping by traveling across the Alaskan and Canadian coast in search of alternative food sources such as carrion, berries, and bowhead whale carcasses.

“Sometimes you’ll have 50 to 100 polar bears that congregate around these whale carcasses and compete with each other for food,” said Pagano. “As more and more bears move on land, I suspect there’ll be a lot more competition for these food resources and we’ll probably start seeing further decreases in abundance and survival.”

The team aims to continue conducting similar studies to gain further insight into how the polar bears are coping with their changing habitat. Pagano and his colleagues have also urged for the curbing of global carbon emissions in order to protect the remaining Beaufort Sea polar bear population, which is only around 800. If global warming of more than 3.6°F can be avoided, recent models suggest that the polar bear population could survive.

“Coming across a polar bear while flying over the Arctic in a helicopter is a surreal experience,” said Pagano. “They are incredibly massive and impressive. It is amazing to observe this animal that is so uniquely adapted to exist in this harsh Arctic environment. They are worth the effort it will take to preserve them.”

The research is published in the journal Ecosphere.