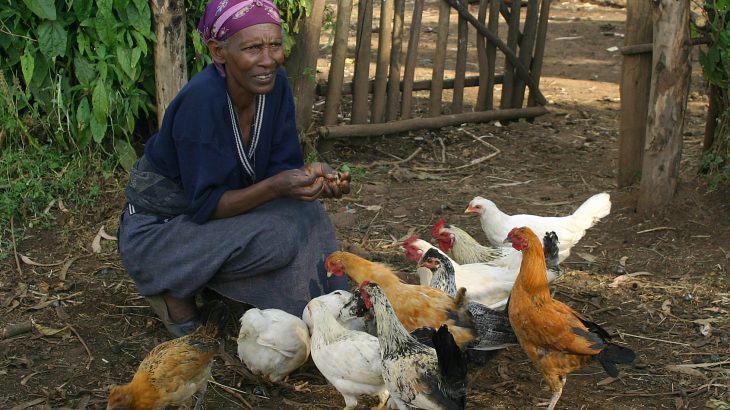 A new study led by the University of Liverpool has found that village chicken populations in Ethiopia are genetically diverse and highly adapted to their local environments. According to the researchers, a more flexible and localized approach to sustainable development could be key to boosting the productivity of small-scale chicken farms across Africa.

“There is not a ‘one size fits all’ chicken for Ethiopia or any village system. It could be argued that improvements in management, the use of vaccination and improvements to disease control such as simple biosecurity measures are as important as the genetic potential of the bird. Such measures need improvements in access to information and training.”

In Africa, chicken production is a crucial farming practice that plays a vital role in reducing poverty, improving nutrition, and gender empowerment. Many people are able to raise village chickens, but productivity is  limited by the scarcity of feed, predation, and disease.

There is growing interest in breeding a chicken resilient to its environment, which would support the development of an economically sustainable operation. So far, interventions have been unable to deliver sustainable improvements.

To investigate, the researchers analyzed the disease challenges and the genetics of local chickens, the nature of the production system, and the socioeconomic reasons for why chickens are raised.

The study, which was focused on two districts of Ethiopia, showed that the village chickens had high levels of adaptation to the local ecosystem. The chickens were also found to be resistant to disease and to the management and cultural variations of their environment.

Beyond adaptation, the data indicates that there have been multiple introductions of chickens in Ethiopia that can likely be traced back to various trade routes, religions, and cultures.

“The importance of culture and location should not be underestimated,” said study lead author Professor Rob Christley. “Conventionally, the transfer of technology has often taken a top-down approach – from researchers to farmers – ignoring the considerable knowledge of the farmers. This often leads to interventions that are inappropriate to the social, physical and economic settings in which farmers operate, leading to unsustainable interventions.”