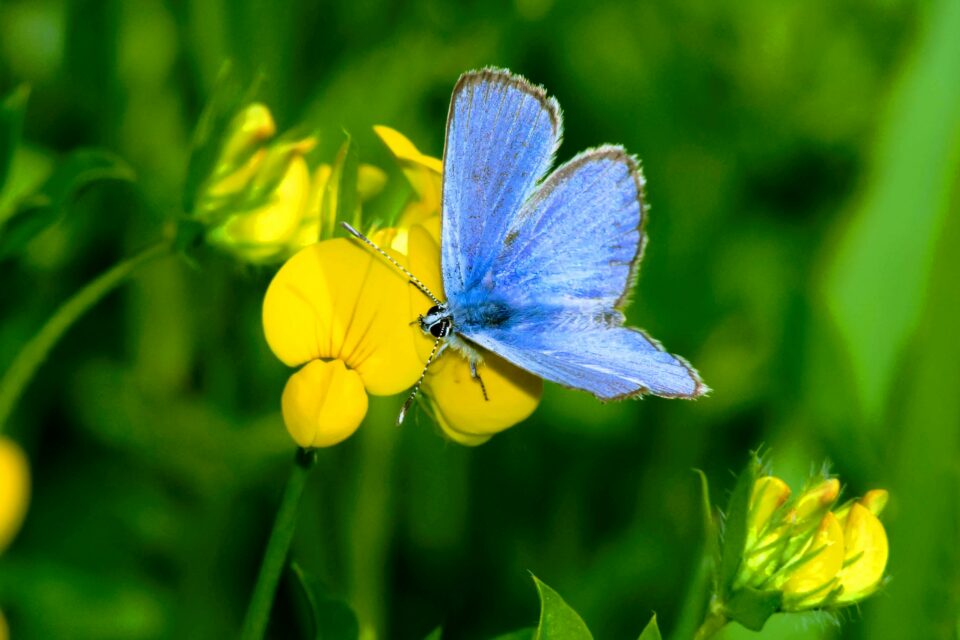 Xerces blue butterflies were last seen alive in San Francisco in the 1940s. The decline in their population numbers, and their eventual extinction, were generally credited to advancing urban development. If this is true, then the Xerces blue butterfly was the first known example of an American insect species driven to extinction by human activities.

There was, however, the chance that Xerces blue butterflies were just a subpopulation of another, more widespread species – the silvery blue butterfly. This species has many of the same traits as the Xerces blue and is still common today.

“There was a long-standing question as to whether the Xerces blue butterfly was truly a distinct species or just a population of a very widespread species called the silvery blue that’s found across the entire west coast of North America,” explained Corrie Moreau, director of the Cornell University Insect Collections and contributing author to the recent research paper on the project, published in Biology Letters.

In this study, researchers analyzed the DNA of a Xerces blue specimen that was collected in 1928 and preserved in the pinned butterfly collection of the Chicago Field Museum. A very small piece of the specimen’s dried abdomen was removed with tweezers and sent to the Field Museum Pritzker DNA Laboratory for analysis.

The results were compared with DNA extracted from recently caught silvery blue butterflies. The results showed differences in the DNA which were significant enough to confirm that Xerces blue butterflies were indeed a separate species.

“It’s interesting to reaffirm that what people have been thinking for nearly 100 years is true, that this was a species driven to extinction by human activities,” said study lead author Felix Grewe, co-director of the Field’s Grainger Bioinformatics Center.

“We’re in the middle of what’s being called the insect apocalypse – massive insect declines are being detected all over the world,” said Moreau. She stresses the importance of conserving insect species because they are crucial to the functioning of healthy ecosystems.

Insects aerate the soil, which promotes plant growth and provides food for herbivores. The herbivores, along with the insects themselves, are preyed upon by predators.

According to Felix Grewe, the study also showcases the importance of museum collections. “When this butterfly was collected 93 years ago, nobody was thinking about sequencing its DNA. That’s why we have to keep collecting, for researchers 100 years in the future.”