DNA sheds light on the story of first farmers and herders in East Africa • Earth.com 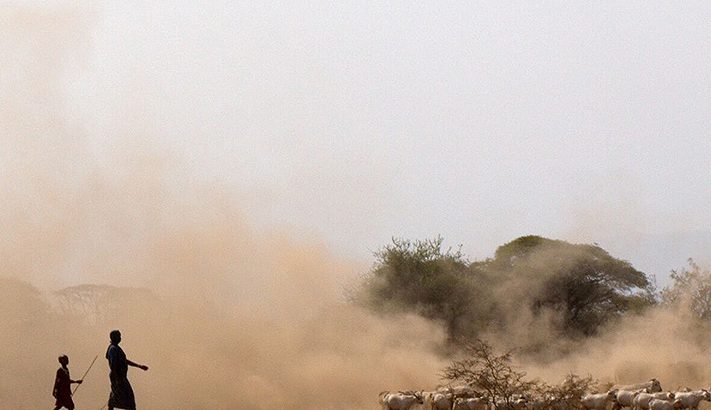 The DNA of 41 human skeletons dating back thousands of years is helping researchers piece together the transition from foraging to farming and herding in Africa.

An international team of archeologists, geneticists, and museum curators analyzed ancient DNA to help pinpoint the origins of farming and herding in East Africa.

The team, led by researchers from Saint Louis University, detailed their findings in a new study published in the journal Science.

Herding livestock as a form of food production first spread through Kenya and Tanzania 5,000 years ago and later foragers in East Africa interacted and mixed with herders.

But exactly how and when these populations came together was unknown.

“The origins of food producers in East Africa have remained elusive because of gaps in the archaeological record,” said Mary Prendergast, a co-first author of the study. “This study uses DNA to answer previously unresolvable questions about how people were moving and interacting.”

The DNA analyses showed that between 4,500 and 3,500 years ago, foragers in East Africa interacted with herders and herding livestock quickly spread through the region.

After 3,500 years ago though, the two groups split off again and became genetically isolated although still living in the same areas next to each other. This suggests that after a brief interlude of co-mingling, the two groups had strict social barriers in place.

It wasn’t until 1,200 years ago that the researchers found evidence of another major genetic shift when migrations of people from northeastern and western Africa spread into East Africa, bringing with them farming and iron-working.

“Today, East Africa is one of the most genetically, linguistically, and culturally diverse places in the world,” said Elizabeth Sawchuk, a co-first author of the study. “Our findings trace the roots of this mosaic back several millennia. Distinct peoples have coexisted in the Rift Valley for a very long time.”