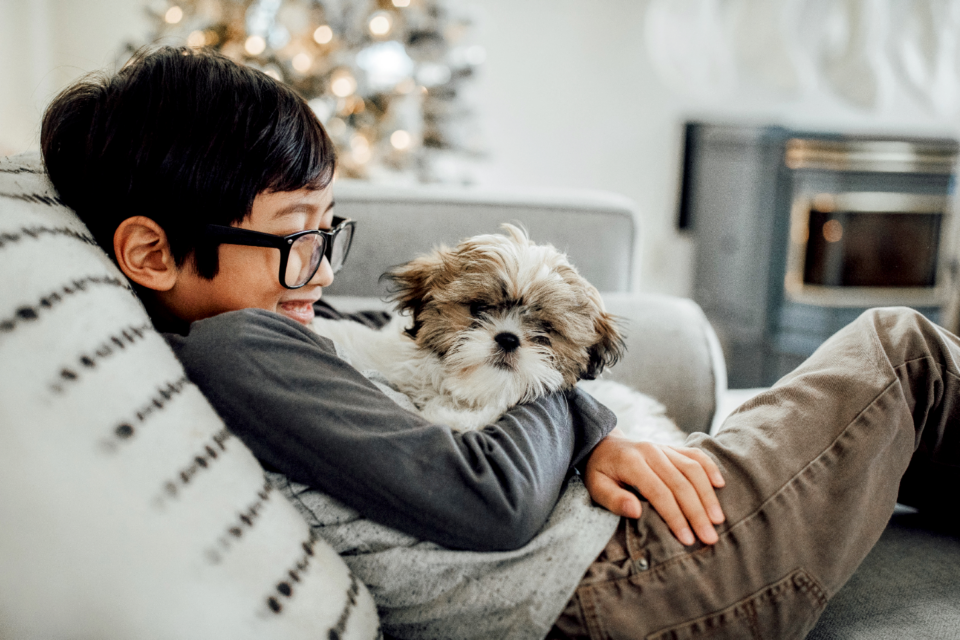 Prolonged exposures to stressors can have a negative impact on children’s health, well-being, learning, and behavior. Experts have explored several approaches to alleviating stress in school, including yoga, mindfulness, meditation, physical exercise, teaching style interventions, and animal-assisted interventions (AAI). A new study led by the University of Lincoln in the United Kingdom has found that dog-assisted interventions can significantly lower stress levels in children both with and without special needs.

The scientists tracked levels of the stress hormone cortisol in the saliva of 105 eight- to nine-year-old children in four UK mainstream schools, as well as 44 similarly aged children from seven special education needs schools. The participants were randomly assigned in one of three groups: a dog group, a relaxation group, and a control group. While in the relaxation group, children had to meditate for 20 minutes, in the dog group, they had to interact for 20 minutes with a trained dog and its handler. These sessions were carried out bi-weekly for a month.

The findings reveal that dog interventions led to significantly lower cortisol levels in children in both the mainstream and special needs schools, compared to their peers in the relaxation and control groups. While mainstream school children from these two groups had increases in the mean salivary cortisol during the school term, those who interacted with dogs had no statistically significant increases in cortisol. Moreover, their cortisol levels were lower immediately after each dog session. Similar results were found in the case of children with special needs. Thus, dog-assisted interventions appear to be very effective in attenuating stress levels in school children.

“Future work will need to investigate further questions of group dynamics, social pressure, individual differences and dosage, as well as differences in children’s ability and the role of physical touch among other questions to refine advice and guidance on best practice for AAI. As this work investigated AAI effects in everyday school settings, it is innovative in integrating typical and hard to reach populations and in finding best ways to administer AAI,” the authors concluded.