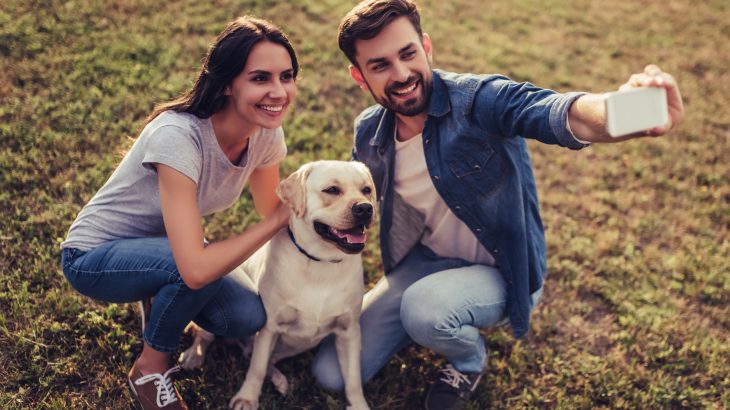 Dog ticks that transmit Rocky Mountain spotted fever (RMSF) are more than twice as likely to bite humans instead of dogs when temperatures rise. The research, which was presented at the Annual Meeting of the American Society of Tropical Medicine and Hygiene (ASTMH), provides new evidence that global warming elevates the risk of deadly disease transmission among humans.

“Our work indicates that when the weather gets hot, we should be much more vigilant for infections of RMSF in humans,” said study lead author Dr. Laura Backus of UC Davis. “We found that when temperatures rose from about 74 to 100 degrees Fahrenheit, brown dog ticks that carry the disease were 2.5 times more likely to prefer humans over dogs.”

Spotted fevers have become increasingly prevalent over the last two decades. While RMSF is treatable if it is detected in the first week of infection, the fatality rate for prolonged infections can reach higher than 20 percent.

Rocky Mountain spotted fever can cause many serious complications, including damaged blood vessels, kidney failure, and inflammation of the heart, lungs, or brain. In the last ten years, deadly RMSF outbreaks have emerged among indigenous communities in Arizona and northern Mexico.

Dr. Backus said there have been indications from earlier work that brown dog ticks, which are found throughout the continental United States, may be more aggressive toward humans in hot weather. This is even more concerning given that climate change is greatly expanding areas of the country that experience multiple days of temperatures that exceed 100 degrees Fahrenheit.

The UC Davis team set out to investigate how rising temperatures may elevate the risk of RMSF infections. They designed an experiment to observe whether brown dog ticks preferred humans or dogs when they were exposed to a temperature of 74 degrees Fahrenheit and also at 100 degrees Fahrenheit.

One type of brown dog tick, known as the tropical lineage tick, made an obvious shift in sniffing out humans over dogs in the hotter conditions. These ticks are currently found in southern regions of the United States, such as Arizona, Florida, southern California, and southern Georgia. According to Dr. Backus, the range of the tropical lineage tick is expected to expand north as temperatures rise.

Temperate brown dog ticks, which also carry RMSF, were found to slightly shift their attention toward humans in warmer weather. Instead of showing a preference for dogs, as they normally would, the temperate ticks appeared to become neutral about which host they would choose when they were influenced by heat. These ticks are distributed across all of the lower 48 states.

“We believe that this decreased preference for dogs – combined with a slight increase in preference for humans – suggests that hot temperatures may also elevate risks of RMSF in areas where the temperate ticks are more common,” said Dr. Backus.

She noted that it is important to identify conditions that can increase infection risks, especially considering that symptoms in the treatable early phase of RMSF can be easily mistaken for a number of more common ailments such as headache, fever, and muscle aches.

“The findings from the use of this simple but effective laboratory experiment to gauge how rising temperatures might lead to more human infections with a very dangerous tick-borne pathogen adds to the growing evidence of the increasing connection between climate change and its impact on health,” said ASTMH President Dr. Joel Breman.

“Climate change is moving so quickly that it is critical to keep pace with the many ways it may alter and intensify the risk of a wide range of infectious diseases so we are better prepared to diagnose, treat and prevent them.”

The research was presented at the American Society of Tropical Medicine and Hygiene 68th Annual Meeting.