Dogs are more likely to befriend a stranger when they are relaxed • Earth.com 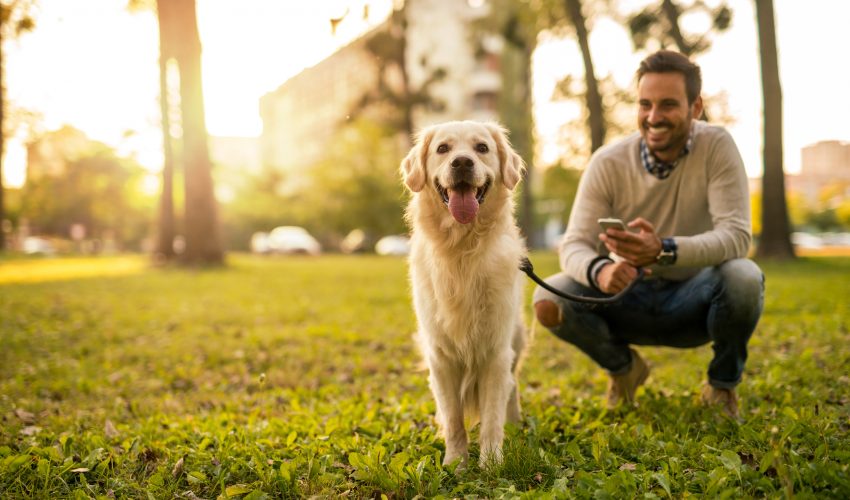 Researchers at the University of Florida have found that dogs do not always prefer the company of their owners over strangers. The findings of the study suggest that, when dogs are relaxed, they are more interested in making new friends.

Experts have previously reported that dogs are more comfortable with new people after three ten-minute encounters. In the current study, researchers found that it only takes ten minutes of interaction for a dog to warm up to a new person.

The research team observed dogs during ten-minute sessions as they chose to be petted by their owners or by strangers in various settings.

The study authors explained that the experiment was intended “to test whether owned dogs would prefer their owner over a stranger and whether the familiarity of the testing context would influence preference.”

The study revealed that, when dogs were in an unfamiliar place or were feeling anxious, they stuck with their owners 80 percent of the time. On the other hand, dogs who were relaxed and in a familiar setting spent up to 70 percent of the session giving their attention to strangers.

“Owned dogs preferred to interact with their owners when in an unfamiliar context, but allocated more time to the stranger in a familiar context,” wrote the study authors.

She explained that it is reasonable to assume that the presence of the owner and the comfort of a familiar place made the dogs feel safe enough to approach strangers. In an unfamiliar setting however, the owner is still the “dog’s number one,” said Feuerbacher.

The study is published in the Journal of the Experimental Analysis of Behaviour.