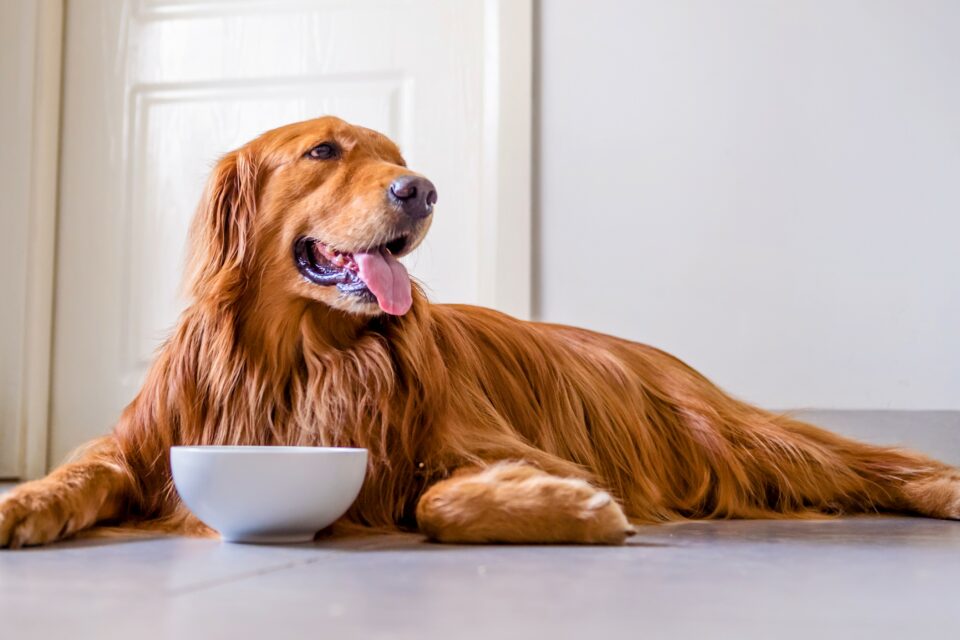 The digestive system contains a beautifully dynamic microbiome. And when one element changes, other parts usually change as well. Dogs’ guts follow this same pattern. With dietary changes, gut microbes shift as the different species find their role in a new environment. The change in microbial diversity affects what types of byproducts, known as metabolites, are produced in the gut.

Scientists already know this, which is why we are usually told to change our dogs’ food gradually. Still, they were unsure how fast microbiomes adjust to a new diet.

“As long as I’ve been doing animal nutrition research, we’ve argued over how long we need to feed a new diet before collecting samples when everything’s stabilized,” said study co-author Kelly Swanson. “No one has ever tested it definitively.”

The results of the study revealed that gut microbes in dogs are quick to find equilibrium. “Metabolites change really quickly, within a couple days. Bacteria responsively metabolize and deal with the substrates they’re given in the new diet. Then it takes a few more days to sort out the microbial pecking order, if you will,” explained Swanson.

“Our data show everything stabilizes by day six, so animal nutrition researchers could confidently sample and find a stable microbiome within 10 days.”

To carry out their study, the researchers fed dogs dry kibble for two weeks and suddenly switched their diets. Half of the dogs ate high-fat, high-protein canned food, and the other ate high-fiber kibble. They repeated the study by swapping dogs with the opposite experimental diet the second time.

The experts took fecal samples two days after the switch, and every four days after that. They analyzed the poop and then linked metabolites with bacterial species, which is not an easy task.

“Oftentimes, we feed a diet and collect the feces, but there’s kind of a black box in terms of what’s going on in the gut. We know what some bacterial species metabolize, but definitely a lot of it is unknown,” said Swanson.”Our correlations are the starting point to connect some of the dots, but more targeted research still has to be done.”

According to the researchers, the most surprising knowledge gathered from the study is just how quickly dogs’ bodies can react to a change in diet. The experts believe other mammals could attain bacterial equilibrium within a similar timeframe.

The study is published in Animal Microbiome.