Dogs cry tears of joy when reunited with their owners • Earth.com 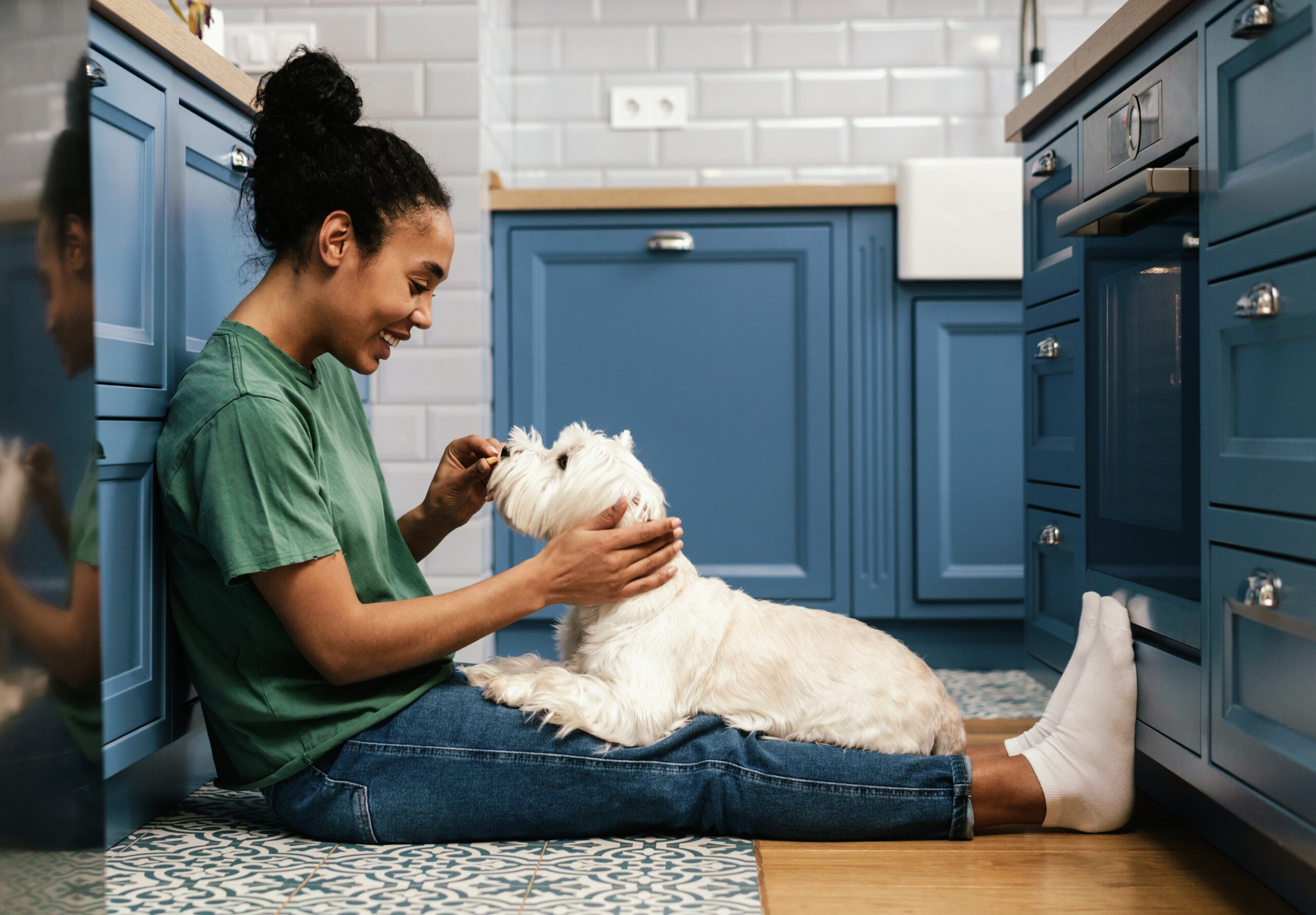 Dogs cry tears of joy when reunited with their owners

We are all familiar with the human response to a crying baby. Those tears generate in us an immediate desire to comfort and console, to give appropriate care. But what if our dogs cried in response to emotional stimuli as well? Would that elicit a human caregiving response? No research had been done on tear production in dogs, or any other animal, apparently, until Takefumi Kikusui noticed a subtle change in his standard poodle after she had puppies. Each time she nursed them her face changed – there were tears in her eyes.

Kikusui wondered whether this emotional response was perhaps linked to the levels of oxytocin in his dog. This hormone, he explained, is known as the maternal or “love hormone,” and is important in bond formation between mother and offspring, as well as within other relationships.

Previous research has shown that the gaze of a dog stimulates the secretion of oxytocin in its owner, and also that concentrations of this hormone increase in dogs when they are reunited with their owners. Kikusui wondered whether oxytocin was mediating the teary-eyed response in his own dog as she nursed her puppies. “That gave me the idea that oxytocin might increase tears,” said Kikusui, who is from the Azabu University in Japan.

First, the researchers decided to test whether dogs responded to the emotional event of being reunited with their owner by producing more tears. They used a standard Schirmer Tear Test (STT) and measured tear volume in dogs while they were at home with their owner, and then again within five minutes of being reunited with the owner after a separation of between five and seven hours.

The experts found that the 18 dogs in the study produced more tear fluid while being reunited with their owner than they did while simply relaxing at home. In addition, a greater volume of tear fluid was produced while were being reunited with an owner, but not while greeting a familiar non-owner. While dogs do not cry spouts of tears like a distressed human baby, their eyes do become wetter as the volume of tear fluid increases.

Kikusui said that the findings came as a surprise. “We had never heard of the discovery that animals shed tears in joyful situations, such as reuniting with their owners, and we were all excited that this would be a world first!”

To assess the role of oxytocin in tear production in dogs, the researchers applied solutions of oxytocin to the eyes of some of the dogs while others received a control peptide comprising the same amino acids but rearranged into a different form. When tear volume was measured, the results showed that there was significantly increased tear production after oxytocin administration, but not after the dogs received the control peptide solution.

“We found that dogs shed tears associated with positive emotions,” said Kikusui. “We also made the discovery of oxytocin as a possible mechanism underlying it.”

In the final part of their experimental study, the researchers tested whether humans are more likely to want to care for dogs with teary eyes than for dogs with normal, tearless eyes. Human participants were given photographs of dogs, some with artificially teary eyes and some without, and asked to rate how likely they would be (the humans) to want to care for each dog.

The results, published in the journal Current Biology, show that people were significantly more likely to want to care for dogs with tears in their eyes than for normal, tearless dogs. These findings suggest that dogs’ tear production helps to forge stronger connections between people and their dogs.

The authors state that dogs seem to produce tears in situations that humans would consider “happy.” They haven’t yet tested whether dogs also respond to negative emotions in this way. In addition, they don’t know yet if dogs make tears when they get reunite with other dogs. They hope to learn if this response also has a social function in the dog world. But, for now, they say it seems to have clear implications for the dog-human bond.

“Dogs have become a partner of humans, and we can form bonds,” said Kikusui. “In this process, it is possible that the dogs that show teary eyes during interaction with the owner would be cared for by the owner more.”