Playfulness is a key personality trait of gifted dogs • Earth.com 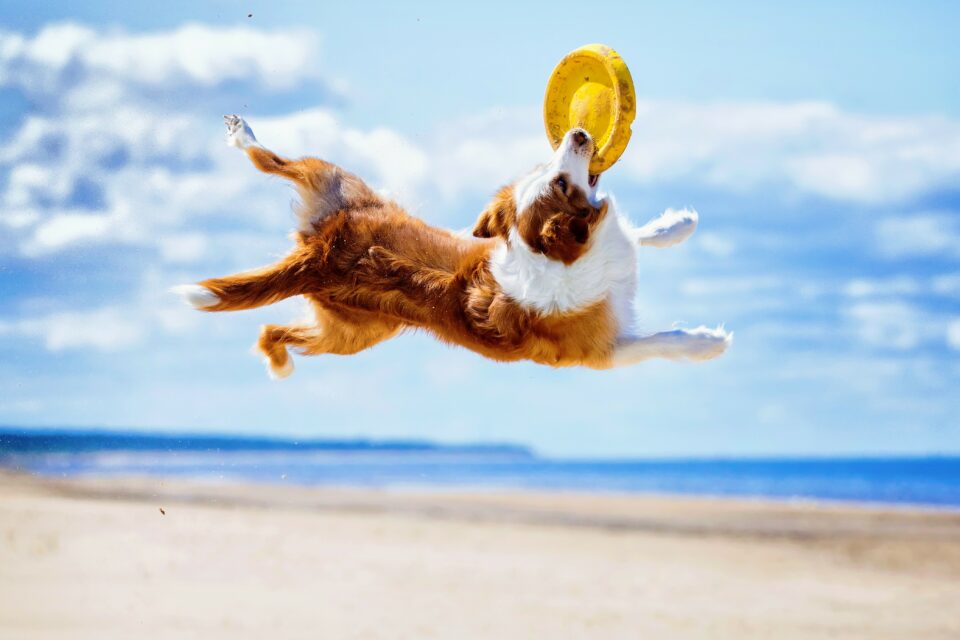 Last year, researchers at Eotvos Lorand University (ELTE) demonstrated that some dogs have an incredible capacity for learning. The experts found that these exceptional dogs – known as gifted word learners – can learn up to 12 new toy names in one week and can remember the new toy names for at least two months.

“These gifted dogs can learn new names of toys in a remarkable speed,” said Dr. Claudia Fugazza, who led the research. “In our previous study we found that they could learn a new toy name after hearing it only 4 times. But, with such short exposure, they did not form a long-term memory of it.”

Now, the ELTE team has made another fascinating discovery – an association between giftedness and playfulness in dogs. The researchers found that playfulness is the one key personality trait makes gifted dogs stand out from the crowd.

‘This study shows that there is a relationship between extremely high levels of playfulness and giftedness in learning object verbal labels in dogs,” said study co-author Ádám Miklósi.

For the investigation, Dr. Fugazza and her team asked the owners of 165 Border collies to complete a dog personality survey. The study was focused on border collies because they were the most common gifted word learners.

Of the dogs analyzed for the study, 21 were known to be gifted learners and the rest were selected at random.

When the exports compared the responses from owners of gifted dogs to those from the owners of typical dogs, playfulness was the only personality trait that was consistently different between the two groups.

It’s not clear from the study whether it’s the playfulness that helps the dogs learn more words, or whether the extra playful ones ended up with more opportunities to learn, Dr. Fugazza told NBC News.

The results do not necessarily mean that playful dogs are smarter. “Intelligence is the result of diverse cognitive traits that allow individuals to flexibly solve different types of problems,” said Dr. Fugazza. “Giftedness refers to an extremely good capacity in the case of a specific skill.”

A similar connection between playfulness and problem-solving abilities was previously established among humans. The research, led by Cheng-Ping Chang at the National University of Tainan, showed that students who are more creative and playful tend to be gifted in math and science. The study results also suggest that playfulness enhances creativity and exploration.