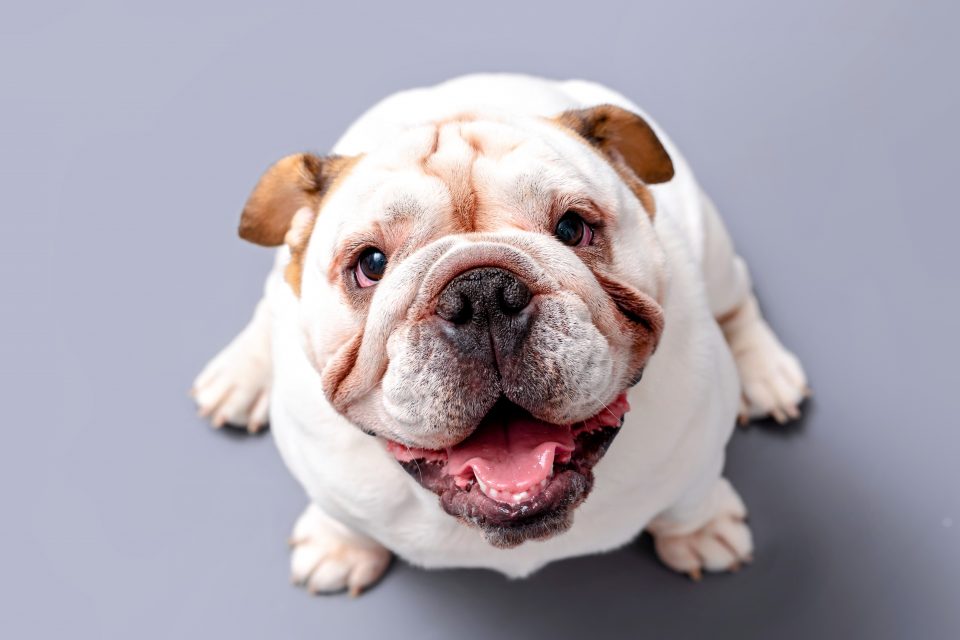 Dogs with shorter noses are better at making eye contact

A new study from the ELTE Faculty of Science has identified four independent traits that influence a dog’s ability to form eye contact. The experts found that shorter noses, younger age, visual cooperation, and playfulness are all traits that make dogs more capable of establishing eye contact with humans.

Eye contact plays a critical role in communication between humans and dogs. By recognizing the direction of the human’s gaze, dogs can decide whether a message is directed at them.

Furthermore, eye contact between dogs and their owners can raise levels of oxytocin – the “love hormone” that promotes social bonding.

When it comes to making eye contact, however, some dogs are more skilled than others. Their tendency to form eye contact is influenced by many factors, such as age and personality, the anatomy of the eye, and the original function of the dog breed.

“One hundred and thirty family dogs were examined at the Department of Ethology, Eötvös Loránd University. We measured the length and width of their heads because this is related to their vision.” said study first author Zsófia Bognár.

“The boxer, bulldog, pug, and snub-nosed dogs, in general, have a more pronounced area centralis in the retina, so they can better respond to stimuli in the central field, which may make it easier for them to form eye contact with humans.”

By contrast, long-nosed dogs have nerve cells for processing visual information that are more evenly distributed throughout the retina. These dogs, such as greyhounds, see a wide panoramic image and are more easily distracted by visual stimuli from the periphery.

For the investigation, an experimenter initiated play with a dog, and then measured how quickly and how many times the dog established eye contact within five minutes.

The results revealed that the shorter the dog’s nose, the faster it made eye contact with the human.

“It is likely, that they see the human face more sharply because of their special retina, but it is also possible that their owners gaze at them more often as their facial features resemble a small child, a powerful cue for humans. Because of this, dogs with shorter noses may be more experienced in making eye contact,” explained Zsófia Bognár.

The researchers also examined the original role of the dog breeds, and whether this had any influence on eye contact. As expected, dogs bred for visually guided work – including Shepherd dogs – made eye contact faster than those driven by vocal cues like sled dogs.

“We assumed that aging dogs would find it more difficult to control their attention and would be slower to switch from eating to looking at the face of the experimenter. That’s what happened,” said Dr. Eniko Kubinyi.

“Since we pre-screened our participants for potential visual and auditory impairments, the slower establishment of eye contact seems to be a natural consequence of aging.”

The research sheds new light on our knowledge of short-nosed dogs. While many experts have assumed that these dogs are selected for their baby-like facial appearance, it is also plausible that people prefer individuals that are more capable of maintaining eye contact.