Dogs with vegan diets may have better health outcomes • Earth.com 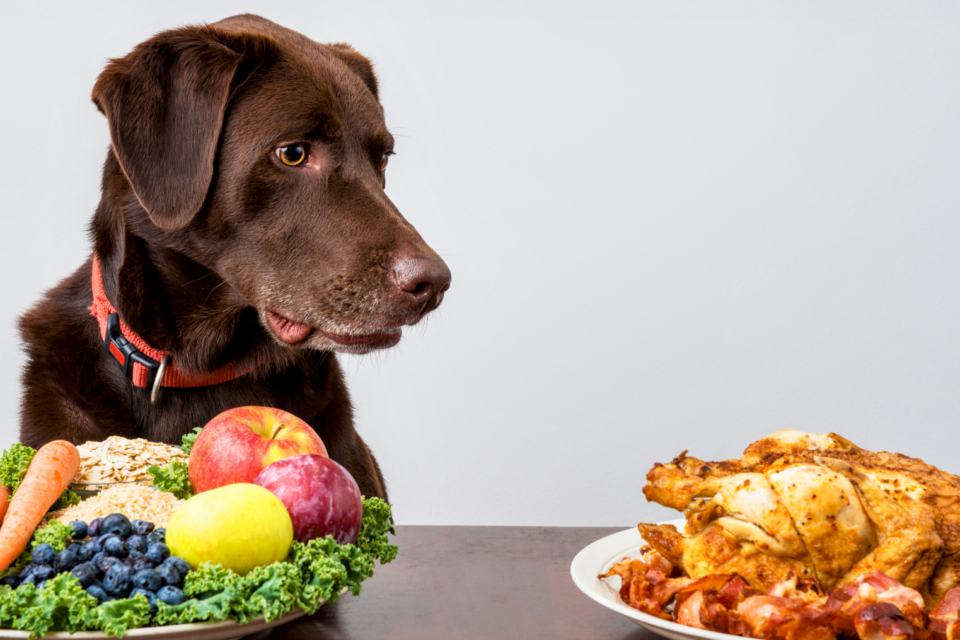 Dogs with vegan diets may have better health outcomes

As people become more aware of the health benefits of including more plant-based foods in their diets, they also begin to question the suitability of feeding meat to their pets. Pet guardians may choose plant-based diets for their pets for a number of reasons, including concerns about pet health, environmental health and the treatment and conditions of animals that are used to make conventional pet foods. However, there are very few research studies that investigate the effects of vegan or vegetarian diets on pet health.

The pet food industry is worth billions of dollars (over $42 billion in the U.S. in 2020), and constant research and development of new products takes place. Among new innovations are dog foods based on in vitro (lab cultured) meat, and on protein sourced from land plants, insects, yeast and other fungi, and seaweeds. Despite the fact that these diets may be more sustainable and ethically acceptable to pet owners, the concern remains that they may not provide complete and balanced nutrition to dogs and cats.

Previous studies on the effects of alternative diets on pets have involved very small sample sizes and produced contradictory results. To address this gap, Andrew Knight of the University of Winchester, U.K., and colleagues, conducted a survey of the guardians of more than 2,500 dogs, in order to compare the health issues of those on vegan or alternative diets with those that were fed conventional diets. The results of the study are published today in the journal PLoS ONE.

The study survey included data obtained from the guardians of 2,356 dogs. In each instance, the dog had been living at home with the guardian for a year or more and the dog’s diet and health issues were well known to the guardian. Of the dogs, 54 percent had been fed a conventional diet that included cooked meat, 33 percent had raw meat diets and 13 percent were maintained on a vegan diet (no animal products whatsoever).

By means of an online survey, each guardian answered questions pertaining to the main ingredients in his or her dog’s diet. In addition, guardians provided information on seven general indicators of health and on any specific health disorders the dog had experienced in the previous year. They were asked to report the frequency of veterinary visits, the use of medications and whether their dog had been placed on a therapeutic diet after initially being fed a different diet type. In addition, guardians gave their own opinion of their dog’s health as well as stating what they thought their veterinarian’s opinion was, when assessing the dog’s condition.

Dogs on vegan diets also had markedly lower incidences of allergy than dogs in the other two categories. Many common allergens for dogs derive from animal products, so the lower incidence in vegan dogs is to be expected. Overall, percentages of dogs in each dietary group considered to have suffered from health disorders in the past year were 49 percent (conventional meat), 43 percent (raw meat) and 36 percent (vegan).

Guardians reported that the most important consideration when choosing a pet food for their dog was the effect it would have on the dog’s health. Many guardians also responded that, if an alternative diet (such as vegan) were shown to have health benefits and be nutritionally balanced, they would consider switching their dog to that diet.

“We believe our study of 2,536 dogs is by far the largest study published to date, exploring health outcomes of dogs fed vegan and meat-based diets,” said the researchers. “It analyzed a range of objective data, as well as owner opinions and reported veterinary assessments of health. It revealed that the heathiest and least hazardous dietary choices for dogs, are nutritionally sound vegan diets.”