Dolphins change their behavior to adapt to coastal development • Earth.com 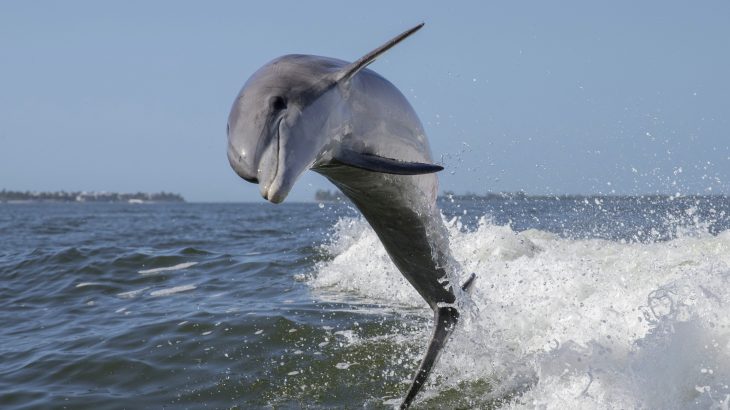 Dolphins change their behavior to adapt to coastal development

Bottlenose dolphins adjust their behavior to cope with coastal development, according to a new study published by Frontiers. The researchers found that dolphins adapted to the construction of a bridge by establishing feeding locations outside of the construction zone, and by shifting their activities to a time of day when construction was minimal.

Overall, 47 percent of coastal marine mammal species and 51 percent of their core habitats are exposed to human disturbances. Coastal development and other human activities can cause cumulative harm to wildlife through consequences such as pollution, vessel strikes, entanglement, and debris ingestion.

Two of the most harmful activities to marine life are dredging and pile driving. The removal of sediment and debris from bodies of water, or dredging, is lethal to fish eggs and larvae. Pile driving causes severe noise pollution, which disrupts animals that depend on sound to navigate, forage, dodge predators, and communicate.

Due to unprecedented levels of construction, coastal zones are becoming the noisiest and most endangered ecosystems on the planet, according to the study. Bottlenose dolphins are particularly vulnerable to the cumulative effects of human activities because they are strongly tied to their coastal habitats.

The construction involved dredging and pile driving and caused both light and noise pollution. The study revealed two ways in which dolphins appeared to adapt to these human activities.

First, the dolphins stopped using John’s Pass as a feeding ground, and shifted to areas outside of the construction zone. This led to a decrease in social interactions between dolphins in that region. The behavioral changes persisted five years after construction was finalized, and never recovered.

“Adaptation may also have been related in part to the way construction was managed,” said Dr. Weaver. “This two-phase exposure to construction may have allowed the dolphins to become familiar with construction in the first phase and perhaps enabled them to adapt a ‘new normal’ during the second phase.”

“These results provide a two-sided key to managing future coastal construction projects by mandating the following conservation policies. First, study the wildlife before construction begins to learn their habits. Second, apply that knowledge: Plan coastal construction activities accordingly to give them a chance to adapt and help the dolphins maintain their historic habits as much as possible.”