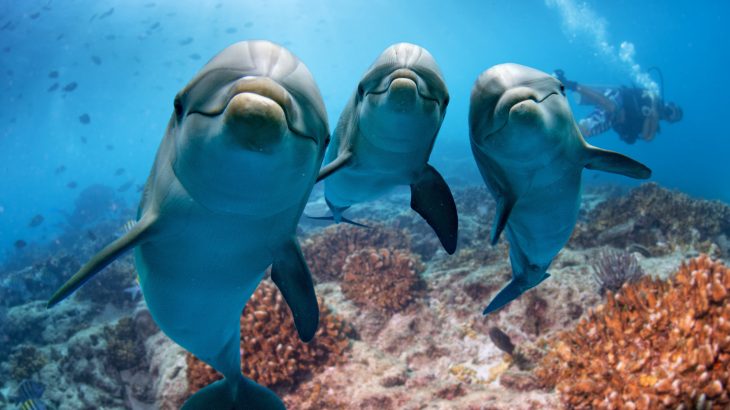 Researchers at the Dolphins Plus Marine Mammal Responder in Key Largo, Florida, have discovered that some dolphins enjoy watching television, and they are not picky about what is on. Not all of the dolphins had the same responses, with some showing more interest and others showing signs of excitement and aggression.

The research team presented the dolphins with episodes of Spongebob Squarepants, clips from Sir David Attenborough’s Planet Earth featuring other cetaceans, as well as other nature shows.

Next, the experts monitored the behavior of the dolphins to measure any indications of interest, such as pressing their heads against the glass or nodding their heads. The team also looked for any signs of aggression, such as swimming erratically with jerky movements or clenching their jaws.

The study revealed that some dolphins were more curious about the television shows than others, and they did not express more or less interest based on what show was playing.

“Rough‐toothed dolphins displayed significantly more behaviors, particularly interest and bubble behaviors, than bottlenose dolphins, with no differences observed between the species for the percentage of time spent watching,” wrote the study authors.

The findings suggest that the aggressive behaviors observed in some of the dolphins may be caused by their inability to control or  physically interact with the television. The researchers said that the television could be used in the future as an “enrichment device,” engineered for different species by their responses to it.

Observing how dolphins respond to various shows will also provide experts with new opportunities to understand how they think.

The study is published in the journal Zoo Biology.