Dolphins recognize their friends by the taste of their urine • Earth.com 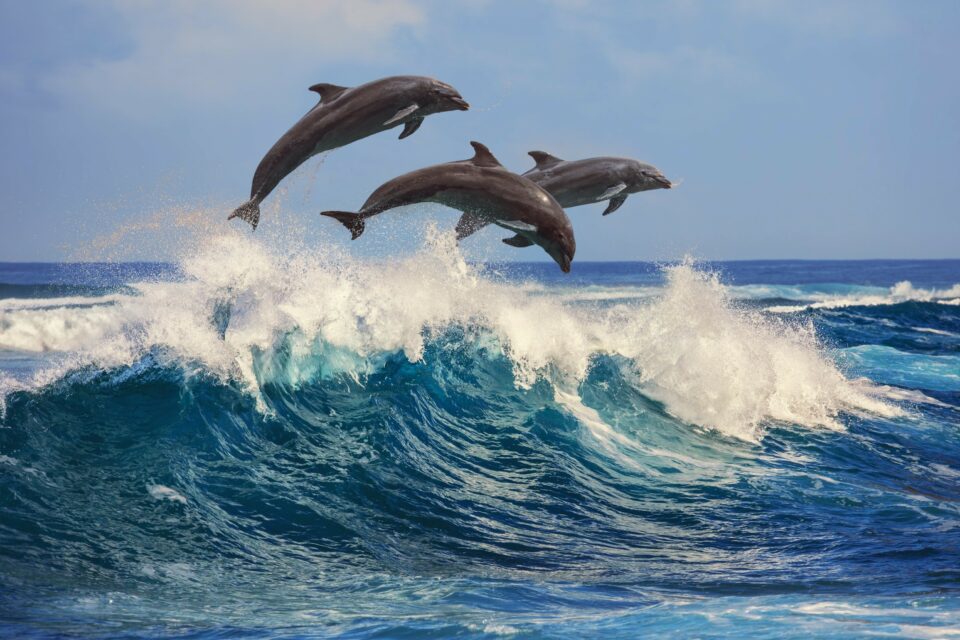 Humans rely on a variety of cues to identify their friends, including their voices and smiles, or the way they talk. Biologists have long known that dolphins too can form close friendships with their conspecifics, and they can identify their friends by their unique whistles. Now, a research team led by the University of St Andrews in Scotland has found that bottlenose dolphins also rely on a very surprising cue to recognize their pals: the taste of their urine.

The researchers conducted a series of experiments on captive dolphins at the Dolphin Quest facilities in Hawaii and Bermuda, where they knew which dolphins were familiar with each other based on who had lived together for at least five years. By pouring both familiar and unfamiliar urine samples into a pool, they discovered that dolphins spent about three times longer investigating the familiar urine than the unfamiliar one.

“We still know very little about how the sense of taste works in dolphins,” said study senior author Vincent Janik, a professor of Biology at the University of St Andrews. “Other studies have shown that they lost a lot of the common tastes that we find in other mammals such as sour, sweet, umami, or bitter. But they have unusual sensory cells on their tongue that are probably involved in this detection of individual tastes of other animals.”

“It is likely that dolphins use a lipid taste receptor to identify urine cues in their fellow dolphins,” added study lead author Jason Bruck, an assistant professor of Physical and Social Ecology at the Stephen F. Austin State University in Texas, who conducted this research during a fellowship at the University of St. Andrews.

In order to test whether dolphins had a paired understanding of other dolphins’ cues – if their whistles and urine were connected in their minds – Professor Bruck and his colleagues performed an “expectation violation” experiment, in which they exposed dolphins to incorrect urine-whistle combinations.

While the dolphins did not pay much attention in the case of mismatches, when they encountered a correct urine-whistle pair, they explored the area for an average of 10 seconds longer. These results suggest that dolphins can identify conspecifics by taste alone, but can also integrate information from acoustic and taste inputs.

Future research is needed to clarify the mechanisms through which dolphins use gustatory cues to identify their conspecifics, and to investigate how commercial and industrial chemicals might affect dolphins’ “urine cuing.”

“We may find that oil spills, chemical runoff and other human effects can impede the dolphins’ natural ability to chemically signal to one another. This might prevent males from identifying reproductively capable females or diminish dolphins’ abilities to recognize individuals through honest signals,” Professor Bruck concluded.