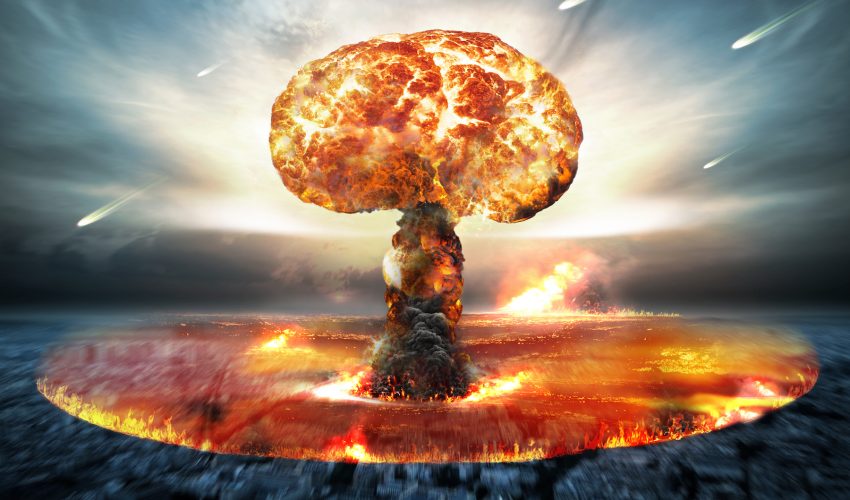 Scientists have moved the Doomsday Clock another 30 seconds forward, and it’s now just 2 minutes to midnight. This marks the closest we as humanity has come to a possible apocalypse since the Cold War.

The Doomsday Clock was originally created by the Bulletin of the Atomic Scientists, a group of Manhattan Project veterans who were fearful of the consequences their work on nuclear weapons would have.

The Doomsday Clock was first formed in response to the looming threats of nuclear warfare, and its movement is determined by the state of global affairs, the nuclear arsenals onhand, and the power wielded by government rulers

Today the Bulletin of Atomic Scientists is a wide-reaching organization of nuclear experts, scientists, and even Nobel Laureates who regularly meet to discuss the current global political and economic climate and the increased risks of nuclear threats.

The Bulletin has also taken climate change into consideration, calling it as big a threat to humanity as nuclear weapons.

In 2007, it was climate change that inspired the move to five minutes to midnight.

Today the clock lurched another 30 seconds forward thanks to rising temperatures and the increased rhetoric involving nuclear warfare.

It’s now two minutes to midnight, a sobering move since that last time the clock was that close to midnight, the panic of the Cold War was at its peak.

One of the driving forces cited by the experts leading up the clock’s new position was the clashing of President Trump and Kim Jong Un, who have been locked in a seemingly petty quarrel while carelessly waving the threat of nuclear weapons back and forth.

“We have members of Congress, White House advisers, and even the president implying that they think war with a nuclear state is not only likely, but potentially desirable,” Alex Wellerstein, an expert in nuclear weapon history told the Washington Post. “That’s unusual and disturbing.”

If the Doomsday Clock moves any closer to midnight, we as a globe will be in uncharted territory, even though the clock is not a predictor of the apocalypse, but a reflection of current events and imminent risks.