Doomsday Clock set closer to midnight than ever before • Earth.com 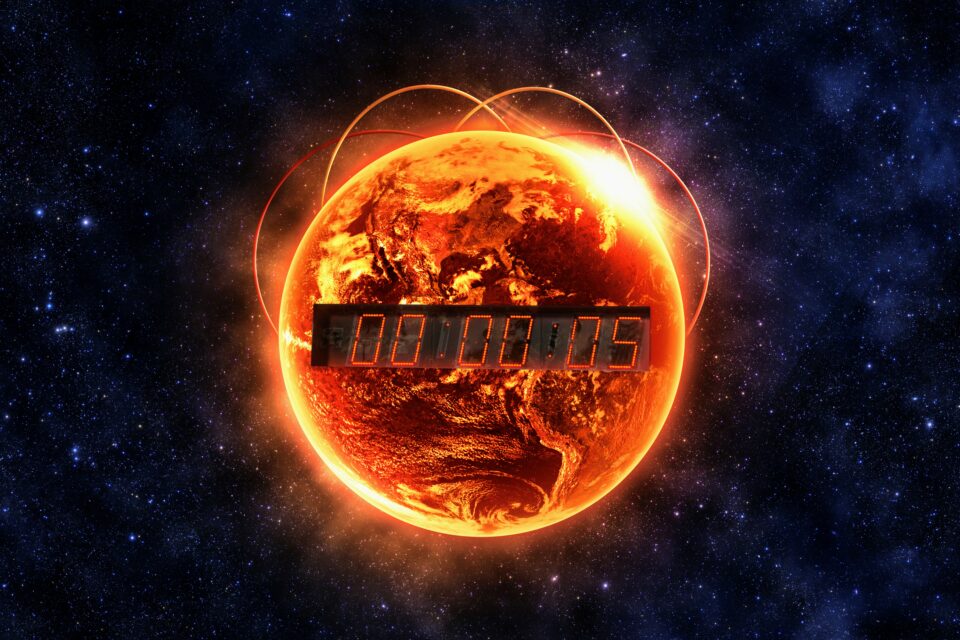 In 1947, the Bulletin of Atomic Scientists established a so-called “Doomsday Clock” in order to provide a measurement of the global existential threats the world faced at the dawn of the nuclear weapons age. Now, by setting the clock at 90 seconds to midnight – the closest it has been since its establishment – an international team of scientists is warning that humanity’s continued existence is at greater risk than ever before, particularly as a result of Russia’s invasion of Ukraine.

“We are living in a time of unprecedented danger, and the Doomsday Clock time reflects that reality. Ninety seconds to midnight is the closest the clock has ever been set to midnight, and it’s a decision our experts do not take lightly,” said Rachel Bronson, the president and CEO of the Bulletin.

The hands of the clock are set each year by the Bulletin’s science and security board, with the assistance of a wide range of scientists worldwide, including ten Nobel prize laureates. While in 1953, after the first detonation of a hydrogen bomb, the clock was set two minutes to midnight, and during the Cuban missile crisis in 1962 at seven minutes to midnight, in 2020, it was set at a record 100 seconds to midnight – a record now once more broken due to the Ukraine crisis.

“Russia’s war on Ukraine has raised profound questions about how states interact, eroding norms of international conduct that underpin successful responses to a variety of global risks. And worst of all, Russia’s thinly veiled threats to use nuclear weapons remind the world that escalation of the conflict – by accident, intention, or miscalculation – is a terrible risk,” the experts wrote in a statement accompanying the decision.

At the clock announcement, a journalist from the Russian state-run news agency Tass asked whether the provision of modern armaments to Ukraine by the West had an impact on arms control and the risk of a nuclear war, and thus on the deeply disturbing change in the Doomsday Clock.

“The U.S. and Russia have a strong shared interest in avoiding nuclear war and in minimizing nuclear risks and we should be able to pursue this,” answered Steve Fetter, a professor of Public Policy at the University of Maryland. “U.S. military assistance to Ukraine may complicate those efforts, but I think [it] is essential for the long-term risks of nuclear war, nuclear proliferation, that Ukraine is able to resist the invasion and repel Russian forces. And so we should do everything we can to support Ukraine in that,” he concluded.