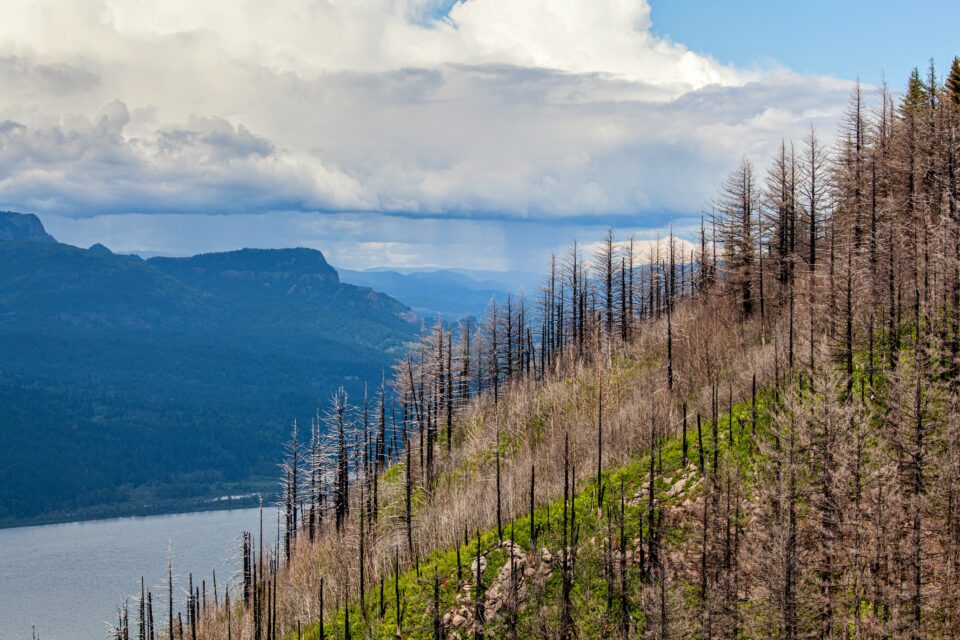 In a new study from the lab of Stanford University ecohydrologist Alexandra Konings, experts have identified “double-hazard” zones for wildfire in the western United States. The results show that the risk of wildfire is even greater than expected in areas with a combination of atmospheric dryness and highly sensitive, tinder-dry plants.

According to the researchers, the study suggests that the distribution of vegetation (the arrangement of scrub, alpine meadows, sagebrush, coniferous forest and other plant communities) has amplified the effect of climate change on wildfire hazard across many Western states, creating double-hazard zones.

In these areas that face greater wildfire risks, much more land will burn.

“California and other Western states are working hard to figure out how to adapt to the changing wildfire risk landscape, including long-term decisions around issues such as land use, vegetation management, disaster planning and insurance,” said study co-author Noah Diffenbaugh.

“There’s a wealth of information in this analysis to support decisions about how to more effectively manage the risks of living in the West in the context of a changing climate.”

The experts set out to investigate whether climate change is increasing wildfire hazard uniformly in the West. “I asked, is that true everywhere, all the time, for all the different kinds of vegetation? Our research shows it is not,” said study lead author Krishna Rao.

The study looked at something known as the vapor pressure deficit, which is an indicator of how much moisture the air can suck out of soil and plants.

Vapor pressure deficit has increased over the past 40 years across most of the American West, mostly because warmer air can hold more water. This is one of the primary mechanisms by which climate change is intensifying wildfire hazards.

The experts report that vapor pressure deficit is rising fastest in areas where plants are especially prone to drying out.

The study identified 18 double-hazard zones, where a rapid rise in burn area has occurred with each jump in vapor pressure deficit over the past two decades.

The high-risk areas, which range in size from hundreds to thousands of square miles, have been found in eastern Oregon, Nevada’s Great Basin, central Arizona’s Mogollon Rim and California’s southern Sierra Nevada.

The causes of catastrophic wildfires across the American West are complex, involving factors such as climate change and decades of fire suppression. Furthermore, human populations are growing along the boundary of undeveloped wilderness. This transition zone is referred to as the wildland-urban interface (WUI).

In California alone, more than 11 million residents live in the WUI. The researchers found that communities within the WUI are booming in the very places where ecosystems are most sensitive to drought.

“This redoubles the need to be thinking about what we can do to reduce wildfire impacts in the WUI in general, including for this subgroup of people who are in the most vulnerable locations,” said Konings.