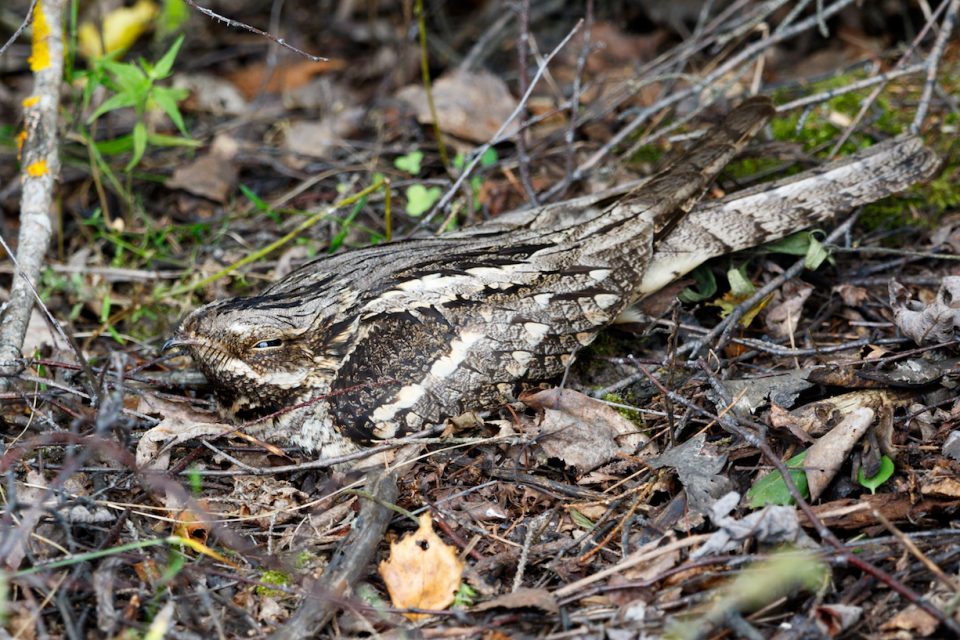 Drones could soon be used to help locate nocturnal nightjar birds, thanks to new research from Cardiff University.

The European nightjar is nocturnal, and because of their brown feathers, nightjars blend in seamlessly with their natural habitat.

Nightjars are practically invisible during the day and tend to freeze up when approached by an intruder, making them even more elusive.

“Nightjars are camouflaged to look just like a fallen log or dead wood. They nest on the ground and ‘sit tight’ when approached to avoid detection, which makes it nearly impossible to spot them during the day when they are inactive,” said Mike Shewring, a member of the study team.

The fact that nightjars are difficult to spot is a problem for loggers and forest managers as these operations can disturb nightjar nests and pose a risk to the already declining populations.

“The current methods of searching for nightjar nests on foot are expensive and can pose a health and safety risk for people, particularly when accessing clearfell worksites,” said Shewring.

Researchers from Cardiff University conducted a study testing drones attached with thermal sensing cameras in the hopes of finding a safer and more effective method for spotting nightjars.

The study was presented at the British Ecological Society’s annual meeting in Birmingham, England.

The researchers flew drones attached with thermal sensing cameras in areas where nightjars had previously been recorded. The researchers used the drones to take images at 10, 20 and 50 meters above the ground at dawn, noon, and dusk during the birds’ breeding season (May through August).

By using drones, the researchers could take images without getting too close to the birds or disturbing their nests, and because the cameras were thermal, the photographs easily showed where the nightjar was located.

Dawn and dusk, the coolest parts of the day, offered the best opportunities to see the birds and take a clear picture.

The researchers also found that drones flying ten meters above the ground took better pictures than when the camera was 20 or 50 meters in the air.

“Our preliminary findings demonstrate the potential of drones for surveying nightjars during their breeding season, allowing forestry managers to locate nests more accurately and plan their works adequately,” said Robert Thomas, a supervisor on the project. “This methodology could also have wider applications, since it could technically be adapted to detect any warm-blooded species.”