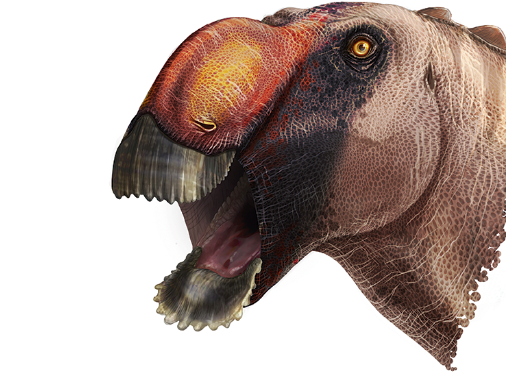 A newly described species and genus of dinosaur have been identified from a skull that was discovered in Texas.

The dinosaur was duck-billed, but its unusual facial features differ from other duck-billed hadrosaurids.

First discovered in the 1980s by Tom Lehman from Texas Tech University, it was not initially clear what Lehman had unearthed.

Lehman, along with a team from the University of Texas at Austin, were researching rock layers at Rattlesnake Mountain when they came across clumps of bones and sediment stuck together which were impossible to identify or even study.

A renewed interest in the bones led to the realization that Lehman had uncovered a skull with an arched nasal feature but it wasn’t until later that the specimen would be thoroughly analyzed and described. 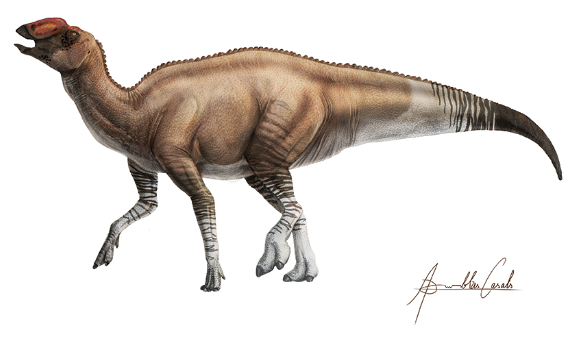 Named Aquilarhinus palimentus for its crested nose and broad lower jaw in the shape of two trowels laid side by side, the species is an early relative to the hadrosaurid Gryposaurus.

“This new animal is one of the more primitive hadrosaurids known and can therefore help us to understand how and why the ornamentation on their heads evolved, as well as where the group initially evolved and migrated from,” said Dr. Albert Prieto-Márquez, the lead author of a new study detailing the species. “Its existence adds another piece of evidence to the growing hypothesis, still up in the air, that the group began in the southeastern area of the US.”

Aquilarhinus palimentus had facial features that would have allowed it to shovel through loose sediment to root up aquatic plants in tidal marshes 80 million years ago.

The specimen is believed to belong to an entirely new genus and species because it does not fit with the most common group of duck-billed dinosaurs.

Duck-billed dinosaurs were abundant at the end of the Mesozoic era, and for the most part, all hadrosaurids had similar bills and snouts, that was until Aquilarhinus came along.

Aquilarhinus palimentus could shed insight into the evolution of duck-billed dinosaur and help prove that different species of dinosaurs with crest-like facial features evolved from a single common ancestor.

The newly described species was discussed in a recent study published in the Journal of Systematic Palaeontology.