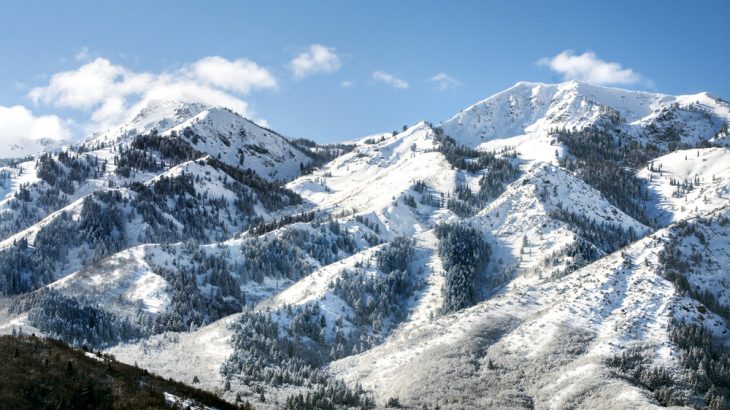 If you’re looking for the “Greatest Snow on Earth,” Utah’s Wasatch Mountains have laid claim to that title.

Dust deposits could soon threaten the famed destination of skiers and snowboarders, according to a new study from the University of Utah. The problem is one of snowmelt.

Rising dust levels have caused issues throughout the U.S. In Utah, as dark dust gathers on the surface of the snow on the Wasatch Mountains, it absorbs more heat from the sun, causing the snow to melt more quickly.

Researchers at a site in the Wasatch Mountains measured dust in the air and on the snow, using the data create a simulation to find where it was coming from. That computer model was able to pinpoint several “hot spots” in the Great Salt Lakes.

“What’s important about the Great Salt Lake is that there are no water rights, no policy to maintain lake levels. As the lake declines, dust events are projected to become more frequent,” said Dr. McKenzie Skiles, the study’s lead author. “Anything that impacts snowmelt could have economic and hydrologic consequences. And now one of the dust source regions is right next door.”

Continued human activity that lowers the water levels in the Great Salt Lake are likely to contribute to the problem.

And that could hamstring the Wasatch Mountains’ claim to fame. A single dust storm on April 13, 2017 – measured and analyzed by the researchers – deposited half of the season’s dust in one go at the research site. The snow there melted a week earlier than normal.

Skiles and her team calculated how both snow coated with dust and clean snow absorbed energy. The found that dusty snow melted 25 percent faster than clean snow.

If people don’t begin making an effort to curb their water use – and the resulting dust creation – then the Wasatch Mountains may see their title as the “Greatest Snow on Earth” melt away.

“In most people’s minds, dust is a natural aerosol. But the magnitude and frequency of airborne dust is impacted by human activity, altering landscapes makes dust more likely to get picked up by wind,” Skiles said. “We know that since settlement of the West, the amount of dust in the air has increased. And at the same time, due to upstream water withdrawals, lake levels are also declining, exposing even more dust.”

The study has been published in the journal Environmental Research Letters.