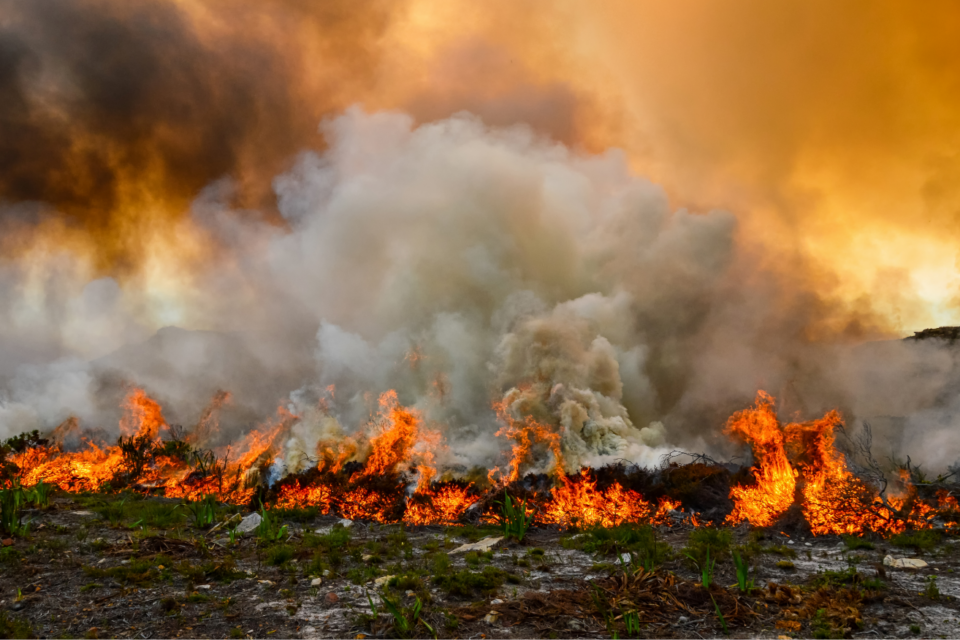 Earliest record of wildfire pushed back by ten million years

Over recent years, wildfires have raged across the world, postng significant hazards to wildlife and local populations. However, wildfires have been a long-standing part of Earth’s systems for hundreds of millions of years. A new study describes the earliest record of wildfire found to date.

“Wildfire has been an integral component in earth-system processes for a long time and its role in those processes has almost certainly been underemphasized,” said study lead author Ian Glasspool.

In samples from Wales and Poland, the researchers found 430-million-year-old charcoal produced by wildfires. The discovery represents the earliest record of wildfire – taking place 10 million years earlier than previously thought. Wildfire has three essential ingredients: fuel, ignition (which comes in the form of lightning strikes), and sufficient atmospheric oxygen.

During the Silurian period, the types of plants that existed 430 million years ago would have looked very different. Flat-lying plants barely even an inch tall would have covered much of the landscape, with the occasional knee-height plant. The ancient fungus Prototaxites would have stood nearly 30 feet tall, towering over the landscape. These Silurian plants would have been dependent on water for reproduction and would not have been found in seasonally dry areas.

“The Silurian landscape had to have enough vegetation across it to have wildfires propagated and to leave a record of that wildfire,” said Gastaldo. “At points in time that we’re sampling windows of, there was enough biomass around to be able to provide us with a record of wildfire that we can identify and use to pinpoint the vegetation and process in time.”

Silurian plant life was able to provide a sufficient source of fuel. The other crucial factor for early wildfires was atmospheric oxygen levels. Currently, oxygen makes up 21 percent of the gasses in the planet’s atmosphere. However, atmospheric levels had essentially zero oxygen in Earth’s atmosphere for the first part of the planet’s history.

Modern burn experiments indicate that wildfires are unlikely to occur below levels of 16 percent atmospheric oxygen. “If you drop below that level you might initiate a fire but it’s not going to propagate,” said Glasspool. “So when you look at the probability of finding charcoal in the record, you’re really only going to find charcoal if that fire was able to propagate, and you can put a minimum threshold value on atmospheric oxygen when you find charcoal.”

During the Silurian, atmospheric oxygen levels were equal to current levels. This was determined by analyzing charcoal. Oxygen would have been raised to near present levels by increased photosynthesis from terrestrial plant life impacting the oxygen cycle. This means that fires would have been a significant global phenomenon during the Silurian. Wildfires at the time were playing an important role in sediment movement and carbon and phosphorus cycling.

The research is published by The Geological Society of America in the journal Geology.