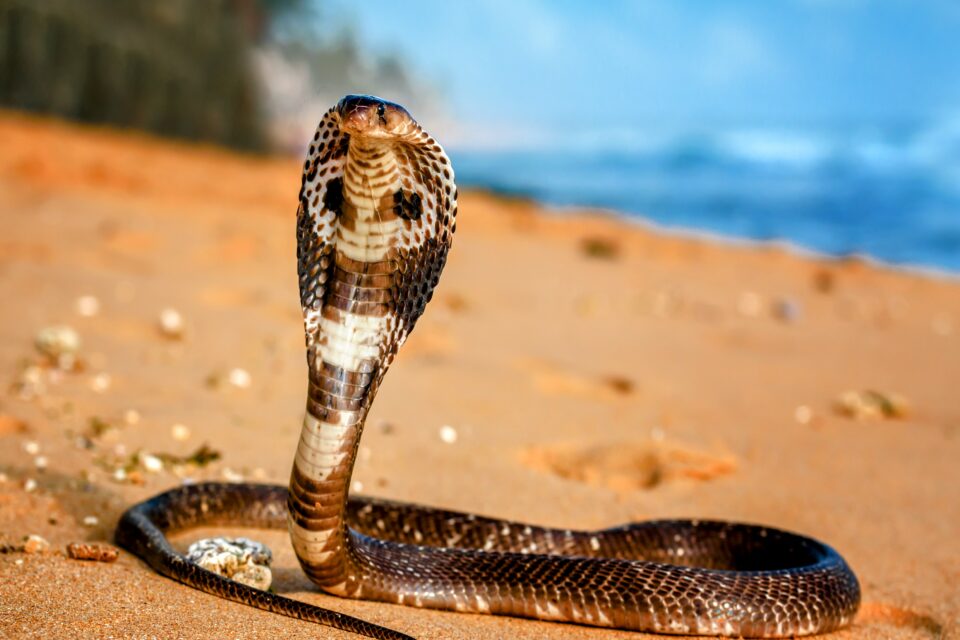 Researchers have discovered that African and Asian primates evolved a certain resistance to diurnal cobra venoms. The research shows that the last common ancestor of humans, chimpanzees and gorillas had evolved an even greater resistance to venom.

“As primates from Africa gained the ability to walk upright and dispersed throughout Asia, they developed weapons to defend themselves against venomous snakes, this likely sparked an evolutionary arms race and evolving this venom resistance,” said Richard Harris, a PhD candidate at the University of Queensland.

It’s not just resistance to venom that primates evolved in response to snakes or other predators. The scientists speculate that other traits we take for granted such as good vision could be related to avoiding snakes as well, explaining that primates in areas with fewer venomous snakes have poorer eyesight.

“But Madagascan Lemurs and Central and South American monkeys, which live in regions that haven’t been colonized by or come in close contact with neurotoxic venomous snakes, didn’t evolve this kind of resistance to snake venoms and have poorer eyesight,” said Harris.

“It’s been long-theorized that snakes have strongly influenced primate evolution, but we now have additional biological evidence to support this theory.”

The researchers, looking at the reaction between various venoms and synthetic nerve receptors, compared Asian and mainland African primates with those of Madagascar and the Americas. Cobras live in Africa and Asia, there are no venomous snakes in Madagascar and the cobra-related coral snake of the Americas is small and burrowing.

“Our movement down from the trees and more commonly on land meant more interactions with venomous snakes, thus driving the evolutionary selection of this increased resistance,” said Professor Bryan Fry.

“It is important to note that this resistance is not absolute – we are not immune to cobra venom, just much less likely to die than other primates.”

Resistance to cobra venom has a cost – receptors that are resistant to cobra venom don’t work quite as well. To develop them, pressure to survive a cobra bite is necessary. This research is just one piece of a greater puzzle of human evolution enmeshed in the greater evolution of all life on Earth.