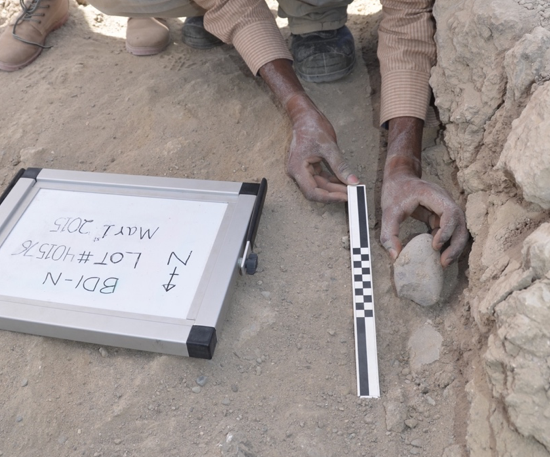 Early humans were making stone tools over 2.5 million years ago

Buried beneath layers of sediment and preserved for millions of years, researchers from Arizona State University discovered some of the earliest evidence of flaked and chipped stone tools in Ethiopia.

The tool fragments are more than 2.58 million years old, which precedes the oldest evidence of systematic and purposeful stone tool production.

It’s a discovery that helps shed light on how human evolution and the origins of tool use coincide.

The researchers published their findings in a new study in the journal Proceedings of the National Academy of Sciences.

The tools were discovered in the excavation site called Bokol Dora 1 (BD 1), and the site is near the same area where the oldest fossil of the genus Homo was discovered.

“At first we found several artifacts lying on the surface, but we didn’t know what sediments they were coming from,” said Christopher Campisano, a geologist who helped uncover the tools. “But when I peered over the edge of a small cliff, I saw rocks sticking out from the mudstone face. I scaled up from the bottom using my rock hammer and found two nice stone tools starting to weather out.”

After years of meticulous excavating the area by hand, the researchers came across a layer of bones and hundreds of pieces of stone tools indicating human activity and systematic chipping of stones to make knives.

Luckily, the tools had been discarded near a water source where they were immediately buried and well preserved.

To date the million-year-old fragments and bones, the researchers dated a layer of volcanic ash located below the site and analyzed magnetic signatures in the sediment.

The Earth has gone through several pole reversals in it 4.5-billion-year history and these reversals leave a mark in the Earth’s soil. The sediment at the BD 1 site has “normal” polarity which means that it’s older than other sites which have “reversed” sediment signatures.

Early humans and chimpanzees were using tools long before modern humans started working with stone, but the difference is how these tools were made and used. Stone tools discovered in Kenya dating back 3.3 million years ago were described as “percussive,” which means that the stones were used for hammering and breaking food.

These tools were called “Lomekwian” while the “Oldowan” tools discovered at BD 1 are distinctly different from those made by chimpanzees and early human relatives.

“We expected to see some indication of an evolution from the Lomekwian to these earliest Oldowan tools,” said Will Archer, a member of the research team. “Yet when we looked closely at the patterns, there was very little connection to what is known from older archaeological sites or to the tools modern primates are making.” 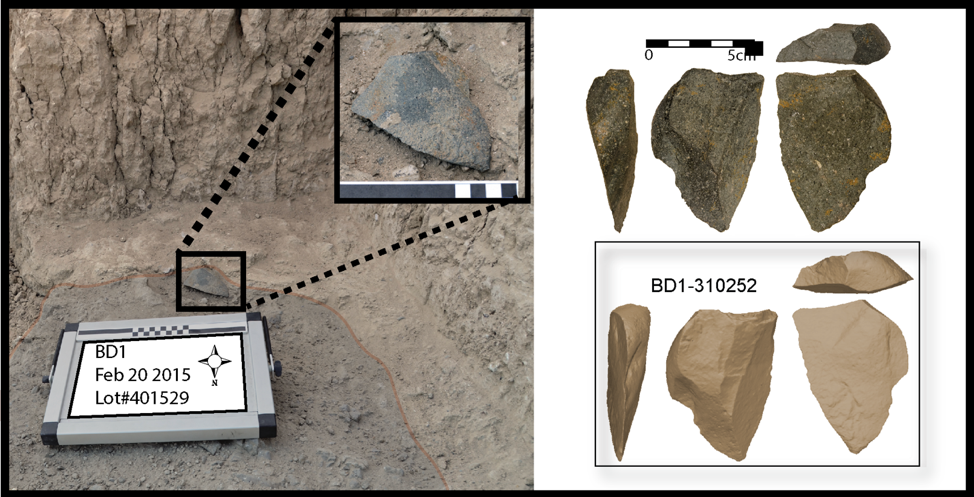 Oldowan tools were chipped to create more precise edges, and the artifacts discovered at BD 1 helps illustrate that tool production went through many reinventions over the years.

Interestingly, the researchers say that the shift to knife-like chipped tools coincides with changes in our human ancestors’ teeth and jaw.

Human teeth started getting smaller along with a change in the way our ancestors ate, and the researchers say that this is closely tied to advancements in tool making.

“Given that primate species throughout the world routinely use stone hammers to forage for new resources, it seems very possible that throughout Africa many different human ancestors found new ways of using stone artifacts to extract resources from their environment,” said David Braun, lead author of the paper. “If our hypothesis is correct then we would expect to find some type of continuity in artifact form after 2.6 million years ago, but not prior to this time period. We need to find more sites.”