Early whales had limited hearing like their relatives on land • Earth.com 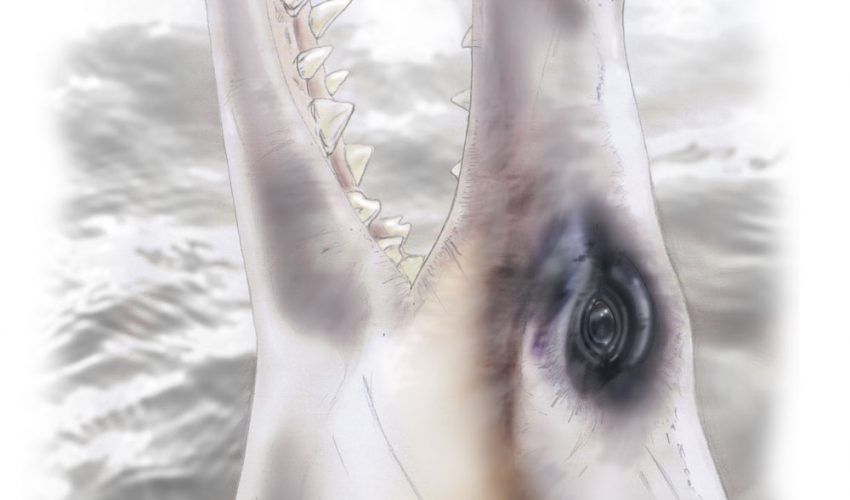 Early whales had limited hearing like their relatives on land

The evolutionary history of whales includes a dramatic transformation from bodies suited for land to bodies adapted for life in the water. Whales known as protocetes lived both in the water and on land. A new study indicates that the extraordinary hearing abilities of whales evolved after they became fully aquatic.

Around 30 million years ago, whales split into two varieties – baleen and toothed. Both types of whales have exceptional hearing, but there are unmistakable differences. Baleen whales can hear sound waves at a frequency below the range of audible sound, known as infrasonic sounds. Toothed whales rely on ultrasonic frequencies to communicate over long distances, which are sounds that are too high for humans to hear.

Researchers examined fossils from ancient whales to analyze these distinct hearing capabilities. The study, published today in Current Biology, reveals that protocetes had more limited hearing. The hearing of these extinct whales was much like that of their terrestrial relatives, which were even-toed ungulates such as hogs and hippos.

“We found that the cochlea of protocetes was distinct from that of extant whales and dolphins and that they had hearing capacities close to those of their terrestrial relatives,” explained analyst Maeva Orliac of CNRS and Université de Montpellier in France.

The researchers analyzed whale remains that originated in West Africa 45 million years ago. Micro-CT scans allowed the team to look inside the structures of the fossils. The scientists closely examined the internal cavities of the petrosal bone, which houses the hearing organ.

“Based on the scans provided by the scanner, we could extract a virtual mold of the hollow cavity that used to contain the hearing organ when the animal was alive,” Orliac said. “This process was long and difficult because this cavity was filled with sediments and partly recrystallized and because the petrosal bone in cetaceans is particularly thick and dense, which lowers the quality of the images and sometimes impedes analyzing them.”

The findings indicate that early cetaceans did not have a sophisticated hearing system that allowed them to communicate over long distances. The highly specialized hearing found in modern whales came after they lived full-time in the sea.

More research will be conducted on early cetaceans to get a better timeline of their evolutionary history. The researchers say this history is more complex than previously believed.
—
By Chrissy Sexton, Earth.com Staff Writer

Image Credit: Drawing © M.J. Orliac, based on the reconstruction of the skull drawn by Róisín Mourlam