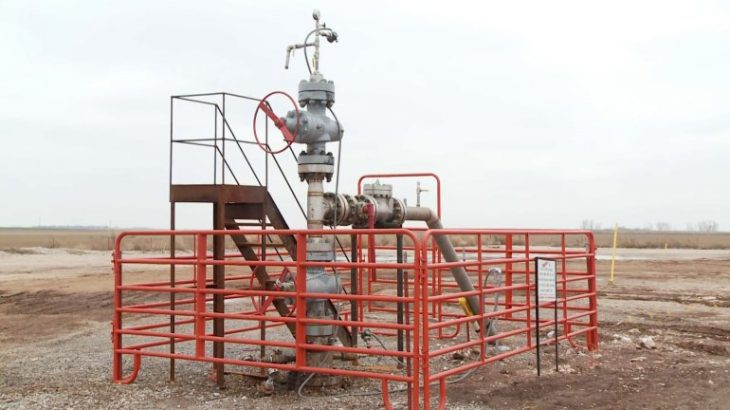 A team of geoscientists from Arizona State University have developed a new way of predicting seismic activity via wastewater disposal. This wastewater, a byproduct of oil and gas drilling called brine, is often disposed of by being injected into deep rock formations, which can trigger earthquakes. These quakes were hard to predict due to the amount of factors at play, however, the team has finally developed a method to do just that.

“Overall, earthquake hazards increase with background seismic activity, and that results from changes in the crustal stress,” said Guang Zhai, a postdoctoral research scientist in ASU’s School of Earth and Space Exploration. “Our focus has been to model the physics of such changes that result from wastewater injection.”

“Seismic activity soared in one area for several years after wastewater injection was greatly reduced,” said Manoochehr Shirzaei, associate professor in the School. “That told us that existing prediction methods were inadequate.”

The study, published in Proceedings of the National Academy of Science, first looked at how various amounts of injected brine upset crustal stresses and led to earthquakes. The team then built a model which included the rock’s ability to transport injected brine and the rock’s elastic response to fluid pressure.

“Fluids such as brine (and natural groundwater) can both be stored and move through rocks that are porous,” said Zhai. Shirzaei continued, “Our model includes the records collected for the past 23 years of brine injected at more than 700 Oklahoma wells into the Arbuckle formation.”

Finally, “We used a well-established physical model of how earthquakes begin so we could relate stress perturbations to the number and size of earthquakes,” Shirzaei said.

“An interesting finding,” said Zhai, “was that a tiny change in the rocks’ elastic response to changes in fluid pressure can amplify the number of earthquakes by several times. It’s a very sensitive factor.”

Despite the injections causing earthquakes, all oil and gas production companies must dispose of wastewater via this method.

“So to make this safer in the future,” Shirzaei said, “our approach offers a way to forecast injection-caused earthquakes. This provides the industry with a tool for managing the injection of brine after fracking operations.”

Having a complete understanding of the amount of brine to be injected, as well as the location of the disposal, authorities will be able to estimate an earthquake’s probability. And this method can even help oil and gas companies to manage their injections to keep earthquake probability low.