Surprising link discovered between earthquakes and the carbon cycle • Earth.com 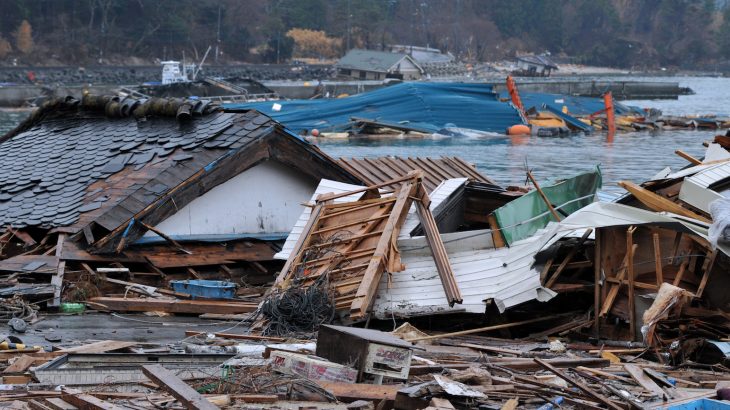 Surprising link discovered between earthquakes and the carbon cycle

For the first time, experts have managed to quantify the volume of marine sediments that were remobilized by the 2011 Tohoku-oki earthquake and transported to the Japan Trench, a submarine trench that is more than 8,000 meters deep in the North Pacific Ocean. The study produced evidence of a surprising link between earthquakes and the carbon cycle.

The research, which was led by geologists at the University of Innsbruck, was based on samples and data collected during several offshore research expeditions between 2012 and 2016. The team estimated that a total carbon mass of more than 1 teragram (Tg), or one million metric tons, was released by this single tectonic event into the depths of the water.

“The results surprised us and our colleagues,” said study co-author Tobias Schwestermann. “This is much higher than expected from carbon fluxes observed in other deep-sea trench systems worldwide.”

The team carried out high-resolution bathymetric surveys, conducted sub-seafloor structure imaging, and collected new sediment cores from the Japan Trench to analyze carbon content. The findings highlight the importance of the carbon cycle in the deep sea.

“The results show that when we talk about the global carbon cycle, we also have to think about the deepest and most-underexplored deep-sea trenches of our world’s oceans in the future,” said Professor Michael Strasser.

Study co-author Arata Kioka added, “All in all, the deep sea is arguably even less explored than the moon. This is exactly what fascinates us.”

The study represents the first trench-wide quantification of organic carbon mass at such depths in the ocean. This was made possible by the use of some measurement techniques that had never been attempted in the deep sea. “One of the research vessels, the German Sonne, was also decisive for the results. It is one of the technically best equipped research vessels currently available,” said Kioka.